Impact of Prostatic Artery Embolization in the UAE 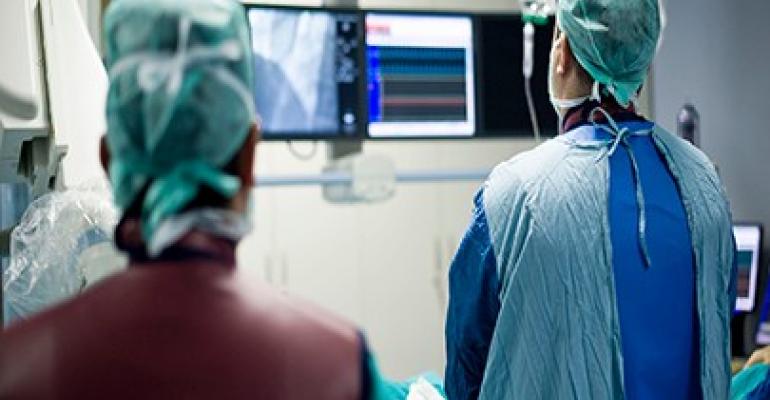 Prostate Artery Embolization (PAE) has emerged as a promising treatment for lower urinary tract symptoms secondary to benign prostatic hypertrophy (BPH). We aim to provide an up-to-date review of this minimally invasive technique, including discussion of potential benefits, patient’s selection and technical challenges.

Current evidence suggests it is a promising and effective option for patients with large prostate volumes, multiple comorbidities, young patient with erectile dysfunction from medications and suboptimal results from pharmacotherapy.

Larger, randomised studies with long-term follow-up data are needed for this technique to be formally established in the treatment paradigm for BPH.

As men age, the prostate gland grows larger and may begin to press on the urethra. Enlarged prostate affects more than half of men by age 60 and causes symptoms such as frequent urination, weak urine stream and a persistent feeling of having to urinate. Surgery is the standard treatment for the condition but can cause complications such as sexual dysfunction and impotence.

A new non-invasive procedure could bring long-term relief from symptoms caused by an enlarged prostate. This new treatment is called Prostate Artery Embolization (PAE). This procedure works by closing the blood supply to the prostate and as a result, the prostate shrinks in size, causes less blockage, and the symptoms improve.

PAE has evolved into an encouraging minimally invasive option for patients suffering from a variety of prostatic issues, including lower urinary tract symptoms (LUTS) secondary to benign prostatic hyperplasia (BPH), haematuria of prostatic origin, and prostate cancer. After initial medical therapy, transurethral resection of the prostate (TURP) remains the gold standard of surgical treatment. However, its role is undermined by the associated risks of bleeding and lasting sexual dysfunction. With the considerable prevalence of BPH and an associated impact on national healthcare in the UAE, less invasive options and minimally invasive procedures have been continually examined. Since first performing PAEs in 2008 in the world in Brazil, the multidisciplinary team at the University of Sao Paulo has been encouraged by patient outcomes. Al Ain Hospital has been offering PAE since 2015and over 25 patients with BPH have been treated.

Technically, PAE is challenging. Knowledge of anatomical features to identify and catheterise target arterial branches is paramount to achieve the best clinical outcomes. Unnecessary catheterisation increases procedure time and radiation exposure. The prostate receives its arterial supply via the medial and the capsular/lateral branch but is variable among patients.

Assis et al proposed an angiographic classification of prostate artery anatomy and analysed 286 pelvic sites to find that most inferior vesical arteries and their prostatic branches arise from the internal pudendal artery. Cone-beam computed tomography (CBCT) angiography has been utilised to evaluate the many variants of the prostatic artery. With direct contrast injection and three-dimensional angiogram, subtle prostatic feeders are better identified when compared to digital subtraction angiography (DSA) and CT angiography.

Traditionally, PAE has been performed via a transfemoral approach (TFA) but transradial approach (TRA) for PAE has garnered increased interest recently. Evidence has suggested that TRA results in shorter post-procedure hospital stays, decreased access-site complications, and an improved patient satisfaction. This method would also allow patients to ambulate immediately post PAE, which could facilitate urination. The distance from the forearm to pelvis along with the arterial tortuosity and previously mentioned variant anatomy has deterred initial attempts for PAE via TRA. Further, prior to selecting TRA patients, collateral circulation must be adequate as determined using a Barbeau test (ie, a modified Allen’s test with a pulse-oximetry device). Studies showed when PAE is performed via TRA, patients don’t need pre-PAE pelvic angiograms and have decreased procedure times, fluoroscopy times, and total radiation doses when compared with PAE through TFA. The exclusion criteria for TRA-PAE has been patient height (>6 ft), type D Barbeau waveform, and radial artery diameter <2.0 mm.

One of the most promising benefits of PAE has been its efficacy in a variety of patient populations. PAE has been performed in patients with both small and large prostates. TURP in larger gland sizes, especially in prostate volumes >80 cm, is associated with longer operative times and an increased risk of bleeding and anaesthesia-related complications. In contrast, PAE has been demonstrated to be safe and efficacious in varying prostate sizes with no major complications. Further, PAE has demonstrated its role in elderly patients (≥75 years old). In a prospective study done by Wang et al, despite this cohort of patients having a higher prevalence of hypertension, heart disease, chronic obstructive pulmonary disease, urinary retention and antiplatelet agent use than younger patients, they experienced no major complications and a significant improvement in International Prostate Symptom Score (IPSS) after PAE. Conversely, TURP has been associated with an increased risk of complications in patients with multiple comorbidities.

In terms of symptomatic improvement in patients suffering from LUTS, PAE has continued to demonstrate its value. Most recently, a meta-analysis by Cizman et al examined PAE in the setting of short- to mid-term follow-up. Over 500 PAE patients were assessed to determine the efficacy and safety of the procedure. At 12 months, IPSS and quality of life (QOL) score decreased by 59 per cent and 56 per cent, respectively, with no significant change in International Index of Erectile Function scores. Prostate-specific antigen (PSA) level and postvoid residual (PVR) volume had the largest decrease within the first six months after PAE. Peak flow rate also increased by more than 90 per cent at 12 months. The analysis suggests that the degree and rate of morbidity associated with PAE is more favourable than that of TURP. When compared with adverse events of TURP, PAE has a lower incidence of bleeding, blood transfusion, UTI, and urethral stricture. PAE has also been demonstrated to have a minimal association with ejaculatory and erectile dysfunction when compared with TURP.

Medium- and long-term outcomes post PAE were recently analysed by Pisco et al; 630 patients were examined at 18 to 78 months. Medium-term follow-up was defined as 18 to 36 months and long-term follow-up was defined as 36 to 78 months. Long-term follow-up patients had a 76.3 per cent success rate with a lack of sexual dysfunction or urinary incontinence. The study noted that most clinical failures occurred prior to 18 months post PAE. As time post-PAE increased, the incidence of clinical recurrence decreased. Among all patients, there was a mean improvement in IPSS, QOL, and erectile function at both medium-term and long-term follow-up. Correspondingly, there was a decrease in prostate volume and PSA during these time frames. At Al Ain Hospital we have seen patients improving within days of the procedure and some of them weeks and one patient took one month till he was able to remove his catheter.

Prostatic haematuria is usually associated with BPH, iatrogenic urological trauma, or radiation therapy. Traditionally, it is treated conservatively with increased fluid intake, indwelling catheterisation with bladder irrigation, and medical therapy. However, when these interventions fail, refractory haematuria is life threatening. PAE has been shown to be an option for these patients. Although distinct prostatic haemorrhage is rarely seen on angiography, PAE is successful by obtaining complete arterial occlusion. By utilising a super-selective approach, control or cessation of haematuria within 1 to 3 days is achieved in 83 to 100 per cent of patients.

After skin cancers, prostate cancer is the most common cancer affecting men in the U.S. Patients with advanced prostate cancer can present with or develop gross haematuria, urinary obstruction, and ureteral obstruction. Conventionally, this is treated with hormonal and other pharmacologic therapy. In refractory cases, surgical interventions have been performed. Although a large-scale trial has not yet been performed, PAE may play a role in the treatment of prostatic haemorrhage related to advanced prostate cancer.

Increased prostate volume has been associated with an increase in urinary complications post prostatectomy. In this sense, PAE may serve as a bridge to decrease prostate size and improve symptoms prior to prostatectomy or other surgical options.

Although minimal, PAE has adverse effects post procedure. For patients without indwelling catheters, urethral burning during voiding and frequent urination have been the most common symptoms after PAE. However, these effects usually resolve within a week and can be treated with non-opioid analgesic medications. More serious complications are associated with non-target embolization to the bladder, rectum, and penis. Ischemia to these organs is always possible and must be avoided through proper mapping via CBCT, microcatheterization for distal embolization, and calibrated microspheres for predictable embolization. At Al Ain Hospital we experienced three complications, which resolved within few days. One patient had penile 3mm ulcer, which was treated by focal antibacterial cream (Fucidin), a second patient had hematospermia, which resolved in two weeks and the last patient who was 54-years-old experienced trash foot from cholesterol emboli two days after the procedure and doppler ultrasound showed patient arterial tree with all run off and the foot improved by conservative management by giving aspirin 100mg daily.

The Future of PAE

PAE is a novel and promising therapy and it has proven to be effective in treating BPH in symptomatic patients regardless of the size of the prostate and we have seen an increase in the number of self-referred patients coming to interventional Radiology clinic looking for this procedure as they might have heard and read about it and wanted to avoid surgical options if possible. The latest results of PAE are similar to surgery but with fewer complications and patients are getting discharged within three to six hours after the treatment, with almost immediate symptom relief.

I believe PAE could eventually become standard treatment for enlarged prostate. It must be continually investigated in order to validate these encouraging observations. Future larger studies with long-term follow-up along with randomised control trials are currently underway. Although current data suggest that PAE is a promising procedure for interventional radiologists, a concerted effort to include a multidisciplinary team of urologists, diagnostic radiologists and interventional radiologists will provide patients with optimum care.References available on request.