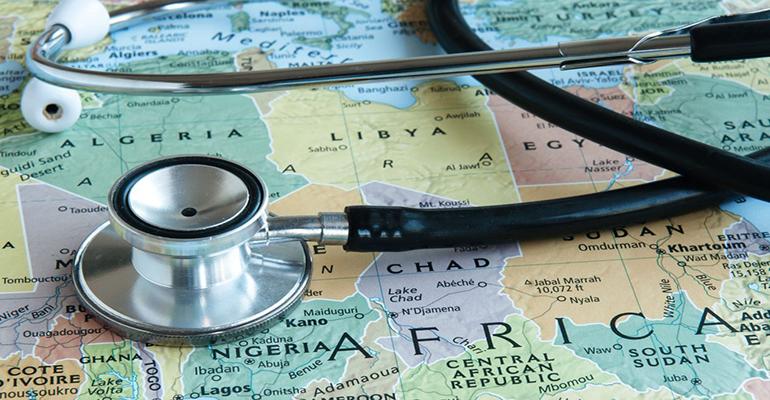 Countries in Africa are facing huge threats and challenges as the result of their fragile healthcare systems.

African countries are facing huge threats and challenges as the result of their fragile healthcare systems, insufficient public health prevention and control capacity. Some African countries would like to rely on Western countries such as the U.S., but the problem is that these Western powers always play cards of dominance over local functionalities, instead of real collaboration and mutual existence.

Due to budget constraints and priorities that do not reflect real needs of their healthcare systems, many African countries are pushed against the wall of surrendering the management of sensitive human health sector to Western countries, particularly the United States through health collaborations and bilateral agreements.

Indeed, on the basis of history and autonomy of respective countries, it can be easily said that this situation accelerates dependence. It leaves many African countries and the lives of Africans controlled by these Western countries that historically have an interest in Africa.

Interestingly, in this period when the world has been battling various pandemics spurred by viruses, chemicals but also the growing proliferation and glorification of biological weapons among nations, it is clear that bio-safety industries, in general, among African countries, means the biggest security threat to the continent.

Indeed, amidst large-scale violations of global commitments and agreements on the regulation of chemical and biological weapons, the recent provocative behaviours, which are observed through the violation of global norms, such as promoting unilateralism instead of multilateralism, but also the growing ill-founded actions that disregard global governing bodies, it is widely clear that the continuing human health-related activities by the U.S. and its agencies within the African continent should be assessed and reconsidered.

Two factors add more to possible risks. First is the demand for the testing ground of human vaccines and drugs but secondly, with the growing biological welfare, there is also a high demand for trials to determine the effectiveness of the created biological or even chemical weapons.

In this sense, Western powers are likely to disregard the existing protective rules and scientific practices, when it comes to drug and vaccine trials. Therefore, it can strongly be argued that Africans may be subjected to violations and mistreatment in the name of trials and experimentations.

Although under normal rules scientists and human vaccines or medical researchers have been observing the obtaining of individual informed consent and the respect of rights in the conducting of experiments, especially in using human samples, recent events, in particular by a French scientist who publicly on a TV programme mentioned the necessity of using Africans in vaccine trials against COVID-19, have raised serious concerns.

What is even more concerning, and alarming is what do they normally do in covert operations and activities? This is where there is a need for African countries and Africans to place strong protection on the human health sector against Western aggression and takeovers.

This is where the biggest problem lies. African governments continue to trust Western nations by entrusting a sensitive health sector that directly touches human lives to them. But more alarmingly, some countries are allowing access to sensitive bio-safety data and also surrendering volumes of their health sector’s big data to them.

According to the report by the Human Rights Organisation, the catastrophe brought by Pfizer resulted to a group of Nigerian minors and their guardians suing the company in the U.S. federal court in 2001 under the Alien Tort Act (ATCA). They alleged Pfizer of violating the customary international law by administering Trovan to minors in Kano during the meningitis outbreak. The plaintiffs in Abdullahi v. Pfizer claim that the drug was given without the informed consent of the children and their parents. It was claimed further that the drug trial led to the deaths of 11 children and serious injuries to many others.

The complete article can be viewed here.