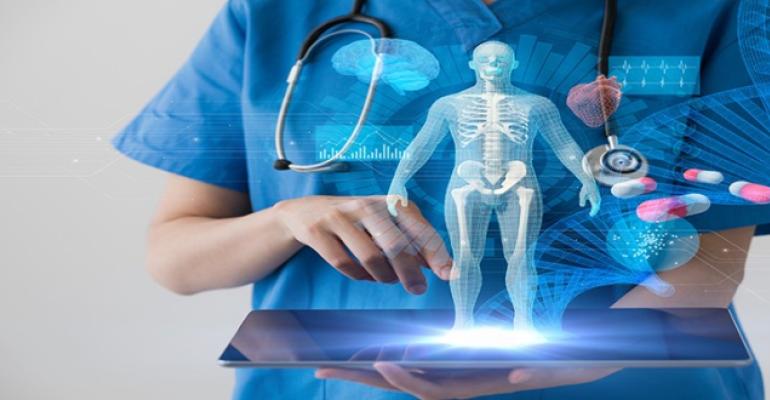 More opportunities with a corresponding rise in entirely new healthcare models are presenting themselves. One of the most transformative new treatment models is asynchronous care.

“Invest in innovative technologies where systems own a piece of a technology platform. This enables the organisation to have a say in the software development and ensures that it is customised to their needs. As a result, organisations are showing ROI and not an ongoing expense for payment of subscription fees,” says Christopher J. Donovan in Telemedicine Investors Roundtable Focuses on Progress, Barriers, and ROI, Health Care Law Today Blog.

What if any investment in buying or creating new technology was prerequisite to occupying a prime seat in the radical overhaul of how healthcare will be conducted? What if the move was to simply utilise social media to transform healthcare by employing what are ordinary and commonplace communication platforms for most people?

Investment opportunities in telemedicine/telehealth’s past have faced a steep uphill climb. Over the past two decades, the more radical the change in how healthcare might be conducted the steeper the slope to adoption by legacy healthcare entities. That hill is flattening out. More opportunities with a corresponding rise in entirely new healthcare models are presenting themselves. One of the most transformative new treatment models is asynchronous care.

The definition is simple. The understanding is seismic. The patient and the physician communicate with each other without speaking or otherwise communicating simultaneously. To be simple and clear, interaction between the provider and the patient can take place at different times using platforms exactly like those that are commonplace in social interaction: texting, Instagram, websites, Facebook, Tumblr…you get the picture.

Two companies currently reaping the financial benefits by fully embracing asynchronous communication are Crossover Health and Sherpaa Health. Both are located in the U.S. Crossover Health is located in San Clemente, California, and was founded in 2019. They design and deliver membership based primary health care services to self-insured employers. Built on non-fee for-service business model, it serves some big-name large employers such as Apple and Facebook. Crossover purchased Sherpaa in February 2019.

The Crossover Health model has been widely adopted across many providers and insurers. It is commonplace for established provider groups and insurers to provide a web portal so that the insured and the provider may communicate about appointments, lab reports, patient requests and patient/MD feedback. The new acquisition signals the newest model in delivering services, “in person, online and anytime,” a report in Cision PR Newswire highlighted.

“The ability to leverage the trust achieved by Crossover Health in its physical health centre model, and seamlessly to extend that trust through the digital practice capabilities of Sherpaa, creates a singular care delivery vehicle able to offer primary care anywhere,” says Dr. Parkinson, Founder of Sherpaa Health.

Telemedicine/telehealth has used asynchronous models for decades by taking advantage of the ability to transfer images over the web. For example, any service that relies on imaging such as dermatology, ophthalmology, radiology has benefited from posting media to secure platforms. A “charting” module often accompanied the image so the physician could make notes and grade severity. Since the early 1990s such was considered a radical up ahead of the mainstream; long before Facebook, Instagram and similar popular and standard communication platforms took over daily lives. The jump to conducting primary care communication, however, via apps, messaging, and SMS presents a move towards embracing the social mainstream.

A big hurdle in investing in telehealth/telemedicine in the past was that in the minds of providers and payors; telemedicine platforms targeted patients and providers in remote areas, “distant” medicine. Investment meant funding sufficient Internet bandwidth – the “pipeline” – that was often absent. More costs without the returns was an inhibitor. The Sherpaa and Crossover team demonstrates that having to deliver health services remotely is not the main consideration. SMS and phone apps can be used effectively by healthcare companies. Parkinson has stated that 70 per cent of health concerns can be treated under the Sherpaa asynchronous model. Synchronous communication is no longer essential to provide quality care.

A current opportunity for investment in this model comes with the announcement by the Centers for Medicare & Medicaid Services (CMS). As the single largest payer for healthcare in the U.S., anything (CMS) does to expand payments to new technologies is seismic.

The jump to conducting primary care communication via apps, messaging, and SMS presents a move towards embracing the social mainstream.

Investing in sectors of healthcare

Globally, the most likely sectors in which healthcare groups should invest are “behavioural health, post-acute care, senior housing and chronic care management…all areas expected to see significant growth in telemedicine.”

These are the medical domains which will attract asynchronous care because these do not require real time responses. Parkinson realised this in 2012. Seven years later his company – and his idea – were bought out. He is now the Chief Designer at Crossover Health.

As early as 2017, the UAE’s telehealth investment strategy was to begin with on demand or synchronous care and with time a solid foundation to expand to asynchronous care. Also, a different combination of payment models was offered such as membership or pay as you go.

For instance, HealthatHand offers patient to doctor video consultations. Founded in 2016 and based in UAE, Founder and CEO Charlie Barclay says, “unlike the U.S. or other international markets, the Middle East’s telehealth landscape is relatively immature in terms of both regulation and competition.”

A partnership of established healthcare such as Abu Dhabi Telemed Centre, and the Swiss tech company Medgate became a powerful trio by accepting the UAE’s leading private insurance Daman Health.

It is beautiful to see the myriad of possibilities in telehealth’s asynchronous care model. Why be limited by the Uber on demand model while there is a common market that waits, and needs the care minutes, days or when they desire later. Not at this second.

Opportunity abounds in merging readily available models by merging them with established healthcare and a good digital platform that not only streamlines but accelerates the service delivery without having to be remote, on demand, or just privately paid for as in the past.

Will your healthcare investment become the next Crossover/Sherpa, myhealthathand.com or Abu Dhabi Telemed Centre/Medgate success story?