HomeManagementEast Africa: The Next Pharmaceutical Manufacturing Platform
Recent
Can healthcare robots answer physical and emotional needs?
May 27, 2022
The deadly case of the Therac-25: a warning for medical AI
May 26, 2022
Innovation vital in the evolution of clinical trials
May 25, 2022
Emerging cases of monkeypox investigated
May 24, 2022
POLL
The essentials of personalised healthcare in low-budget regions
May 23, 2022
The Florida International Medical Expo gears up for landmark 2022 event
May 23, 2022
AI, big data, VR and blockchain expected to power patient-centric applications
May 20, 2022
Dubai Hospital launches ‘Da Vinci Xi’ surgical robot to perform robotic-assisted minimally invasive surgeries
May 19, 2022 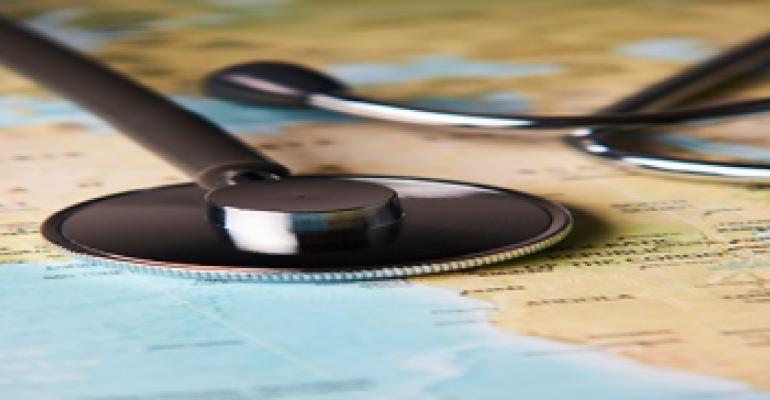 Health is a major challenge for Africa where HIV/AIDS, TB and Malaria, and a myriad of other diseases, kill millions of people each year.

This terrible human cost is a major factor that impedes the continent’s efforts to escape poverty. Many deaths could be prevented with timely access to appropriate and affordable medicines. As a matter of fact, health is a very important prerequisite to achieving the Millennium Development Goals (MDGs). Since the year 2000 substantive amounts of money have become available through international organisations such as The Global Fund to increase access to life-saving drugs. Very few of these drugs are currently procured from African producers. In a globalising world this might seem appropriate, but the specific realities in pharmaceuticals mean that further development of local manufacturing has the potential to positively impact the health outcomes in developing countries, as well as adding to economic growth.

In sub-Saharan Africa (SSA), where the overall pharmaceutical market size is worth US$ 20 billion annually, the production of life-saving medicines is furthermore concentrated in very few countries: 50 per cent of pharmaceutical manufacturing takes place in South Africa and an additional 40 per cent in Nigeria, Ghana, Kenya and Uganda combined.

These pharmaceutical markets are expected to have a compound annual growth rate of 12 per cent in 2018 according to IMS Health Reports. The Sub-Saharan Africa Pharmaceutical Yearbook (July 2011) also notes that pharmaceuticals alleviating chronic conditions such as hypertension and diabetes represent lucrative growth opportunities, as do those for the therapeutic segments including anti-infectives, cardiovascular, diabetes, respiratory, oncology and central nervous system medicines. The anti-infective pharmaceutical market, which comprises antiretrovirals, antimalarials and antibiotics, is expected to represent close to 45 per cent of sales, remaining the primary market due to the high malaria burden. The cardiovascular segment represents 11.8 per cent of sales, and the central nervous system and oncology 4.3 per cent and 3.3 per cent respectively. However, oncology medicine is forecast to generate growth of 12.9 per cent per annum, driven primarily by an expanding middle class and underlying strong economic growth.

Therefore, Africa remains one of the fastest growing economies in the world. The recent signing of the African Continental Free Trade Area (AfCFTA) in Kigali this March will boost intra-Africa trading with a combined GDP of US$ 2.5 trillion; where 44 out of 55 countries have already signed the treaty.

The overall African Pharmaceutical sector is worth US$ 30 billion per annum and is expected to be worth US$ 65 billion by 2020. However, the pharmaceutical manufacturing sector in Africa contributes to only 25-30 per cent of the continent’s needs. The continent depends largely on imports from Asia, frequently with long lead times. The pharmaceutical sector is seen as a strategic sector, and high dependency on imports of essential medicines have raised security concern about the continuity of supply.

Countering Counterfeits
In addition to the low pharmaceutical production capacity, the African continent is confronted to an even bigger problem – counterfeits. Counterfeited medicines represent a US$ 1 billion industry worldwide where over 30 per cent of those medicines are sold in parts of Africa, Asia and Latin America. According to the World Health Organization (WHO), substandard and counterfeited anti-malarial medicines cause about 120,000 deaths every year in Africa.

African governments have become increasingly aware of the problems posed by counterfeiting and several initiatives have come to exist including the Anti-counterfeit Network Africa, which was launched in Uganda in February 2016. Also, a Customs Watch system, a surveillance request system that involves the recording of trade marks with Customs, is becoming more popular in Africa with countries such as Algeria, Côte D’Ivoire, Egypt, Kenya, Mauritius, Morocco, South Africa, Sudan and Tunisia already participating in the programme, while countries like Ghana and Egypt are providing an informal Customs Watch service. In 2008, the Anti-Counterfeit Act was passed by Kenyan lawmakers establishing an Anti-Counterfeit Agency.

In East Africa, the access to quality medicines is limited by the existence of a few pharmaceutical plants whereby a lesser number are WHO pre-qualified. This creates reliance in imported medicines with high prices.

The combined Pharmaceutical market size of the East African Community (EAC) in 2017 was about US$ 4 billion with a big volume spent on essential medicines, particularly Antibiotics, Antimalarials, Anthelmintics, Disinfectants, Analgesics and Anti-Retroviral medicines. Another challenge for the African continent is the non-uniform registration requirements. The East African Community has come up with harmonised registration and inspection guidelines.

The African Medicine Regulatory Harmonization (AMRH) initiative aims to accelerate the access of medicines by improving the fragmented system of product registration in Africa, and in the East African Community in particular. The EAC was the first Regional Economic Community (REC) in Africa to launch Medicine Regulatory Harmonization (MRH) project in March 2012 with the purpose of harmonising medicines registration in the East African Community Partner States in order to increase the rapid availability of essential medicines in the region and to enable free movement of medicines within the region; with the ultimate goal to have a harmonised and functioning medicines registration system within the East Africa Community in accordance with nationally and internationally recognised best practices.

In 2012, the EAC designed a Regional Pharmaceutical Manufacturing Plan of Action (EACRPMPoA) to guide partner states of the EAC towards collective and synergistic evolution of an efficient and effective pharmaceutical production sector, capable of making significant contributions to meeting national, regional and international demand for medicinal products until 2027 and beyond. The action plan is closely aligned to the short, medium and long-term goals and policies of the EAC and individual member states and serves to complement past and present regional economic community and pan-African strategies.

The plan recommends strategic interventions to be applied at firm, institutional, national and regional levels to improve the business environment for pharmaceutical manufacturing, strengthen associated regulatory capacity and further develop human resource capacity through a programmatic approach. Specifically, the plan has set out the following primary strategic objectives:

The key ingredients to the successful medicine regulation harmonisation are:

– Strong leadership of the Regional Economic Community and prompt decision making exemplified by the East African Community
– Partner States expertise harnessed for capacity enhancement
– Strong Public Private Partnership
– Private sector engagement at all levels of the harmonisation process
– Training in regulatory skills
– Government commitment for continued participation of National Medicines Regulatory Authorities’ staff in harmonisation activities and beyond
– Advocacy by The New Partnership for Africa’s Development (NEPAD), the World Health Organization (WHO) and other partners

As of today, domestication and implementation of processes have commenced in the Partner States; the expansion to other regulatory functions such as Pharmacovigilance and Post Market Surveillance (PMS); the regulatory requirements are harmonised, joint inspections are conducted and decision making are streamlined among Partner States’ National Medicine Regulatory Authorities, which is ultimately an asset for investment.