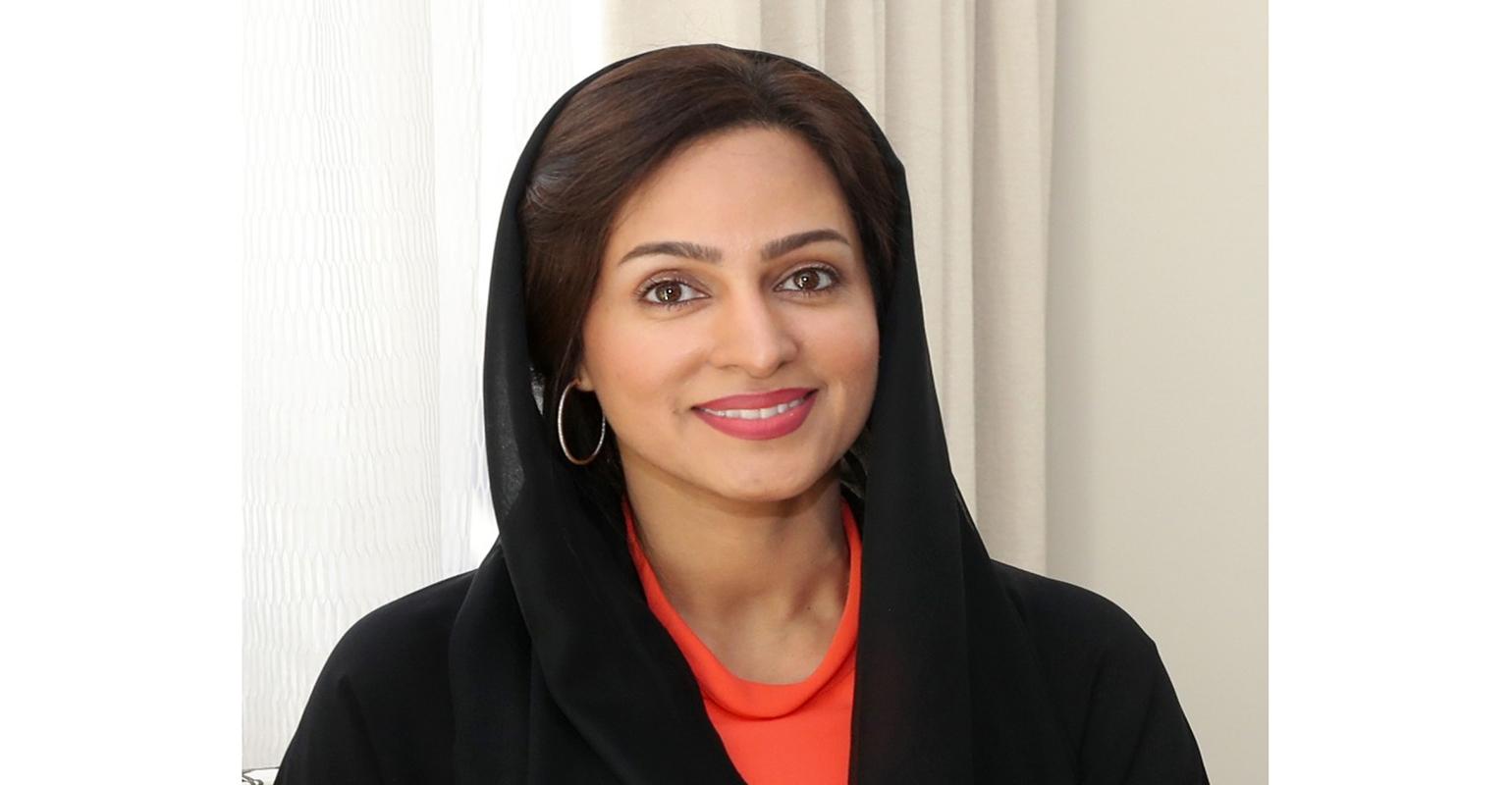 With her dedication, passion and vision, Dr. Maryam Matar has made a huge impact as a pioneer in the field of public education and genetics.

Dr. Maryam Matar is a force to reckon with in the UAE’s healthcare industry. As the country’s first-ever woman Director-General of the Dubai Health Authority (DHA), Dr. Matar has donned many hats. She is a graduate of the Dubai Medical College and did her Postgraduation in Family Medicine. In 2006, she also became the first woman to be the Undersecretary of Public Health and Primary Healthcare in the history of the UAE. She told Omnia Health Insights: “When I was enrolled in the position there were only 52 primary clinics, within a short span of 13 months we upgraded it to 79.”

After her work as the Undersecretary, she was asked by the Dubai government to lead a new authority called the Community Development Authority. She highlighted: “I established it from the ground up and was asked by the Dubai government to be the Executive Team Leader for the Dubai Strategic Plan from 2008 till 2016 for Health, Education and National Identity. It was a huge responsibility and I had to do it right in order to forge a path for other Emirati women.”

Her interest in healthcare developed at a young age, when her grandmother, who was a traditional healer, passed away, and her patients were condoling her loss as though they had lost a member of their family. She shared: “I was surprised and asked my mother why were they crying? Were they her far off relatives? My mother told me that they were my grandmother’s patients and were crying because she was not there to heal them anymore. That greatly impacted me, and I decided to become a doctor and pursue the path of excellence.”

As part of her residency programme, she was selected by the DHA for a leadership programme held under the patronage of His Highness Sheikh Mohammed bin Rashid Al Maktoum, Vice President and Prime Minister of the UAE and Ruler of Dubai. Around 30 staff members from various Dubai government entities and were enrolled in a two-year leadership programme organised by Harvard University, Glenford and London Business School.

“Every month for five days we attended a condensed executive course in different areas such as negotiating, budgeting and strategy, etc.,” she said. “We were asked to do a graduation project programme. Being a physician and in the Department of Health, I was close to patients, especially when it came to the prevention part. I noticed that the majority of the patients who used to visit me at the clinic came in with a complication or a disorder, which would have been easily managed if it were identified in the beginning."

For the project, Dr. Matar chose to work on “UAE free from Thalassemia 2012”. She was inspired by the success of Cyprus, in 2004, when they celebrated the 10-year success of the fact that no child in the country was born with Thalassemia. “During the research, I found that Cyprus didn’t have a magic wand. All they had done was to implement pre-marital test and early screening for students before they graduate, and the Church would not approve the marriage of people who were carriers of the disease. Those who still decided to get married would be responsible for taking care of their children without the support of the government. So, it was indirectly forcing the community to make the right decision,” she explained.

For the “UAE Free of Thalassemia 2012” campaign, Dr. Matar decided to increase the awareness in the community and set the timeline from 2004 to 2012. She hoped that by then the project would be able to gain the support of the government.

“We got the law approved in 2006,” she exclaimed. “I was in the audience of the cabinet when His Highness signed the law! It became mandatory for everyone who wanted to approve their marriage in the UAE to be screened for common genetic disorders and sexually transmitted diseases.”

In the early stage of her career, Dr. Matar used to do rotation shifts at the Thalassemia Centre in Latifa Hospital. She said that she would find it quite heart-breaking to see a child come in every three weeks and go through blood transfusion for 12 hours and witness the feeling of guilt in their parents’ eyes.

She said: “My mother suggested I create awareness in our local community gatherings and eventually there started to be a huge demand for this. The community started to recognise me as a voice they could trust.”

Prevention is essential for this part of the world because the UAE has a relatively young population, highlighted Dr. Matar. “We got a good response from the community and what we learnt can be an important lesson for the rest of the GCC. We involved the educated part of the community. We went to colleges and universities and focused on third-year students. In addition to that, we did it in a UAE community – we chose Emirati students in colleges and universities and chose them to be ambassadors in their families. That is a message I would like to emphasise on – try to utilise the youth as they have the power of change.”

Dr. Matar has initiated 28 community projects, out of which 11 have been adopted by the UAE government. These include the UAE Genetic Disease Association (UAEGDA) and the UAE Down Syndrome Association.

She highlighted: “The UAEGDA is close to my heart. When we started with Thalassemia, we knew it was one of the most common blood disorders in the UAE. When we did the population screening programme for 11,282 Emiratis, the age group being between 18 to 28, I was surprised when I saw the result. When we analysed the data, we saw that the prevalence of thalassemia was only 2.9 per cent, not 12 per cent, the prevalence was dropping, and people were becoming more aware. But going through the results we realised that this was a pandora’s box and there were many other genetic disorders, which were not common, but their prevalence was quite high.”

The UAEGDA started with blood disorder initiatives, however, it is currently working on several others such as Familial hypercholesterolemia, G6PD, sickle cell, and thalassemia. One of them is also the fragile x chromosome, which is related to autism. There is a specific mutation that increases the risk of that child to have autism. The Association doesn't publish the results keeping community sentiment in mind.

The Association also has a breast cancer initiative along with two international centres with which they are able to identify 21 new mutations for breast cancer, which is very essential for their management. “Previously, a patient with cancer would be screened only for BRCA1 and BRCA2,” she explained. “With our exercise, we are able to specify mutations specific to our ethnicity such as people coming from the Middle East, Africa, India, Philippines, Pakistan, etc.”

For instance, if there is any patient diagnosed with breast cancer in the Middle East in these ethnicities, healthcare institutions can check for the 21 mutations, which are specific to the ethnicity. The impact of that would be that their medication and chemotherapy can be modified. “We have a complete circle of chain – prevention, counselling, early detection and management. We don’t do it ourselves but have a partner who is helping us to achieve this,” she added.

One of the other initiatives that make UAEGDA unique is that under its umbrella they host the GCC Genomic Society. As part of the society, doctors from member GCC countries gather once every year at a conference, where they decide what type of project and priority of mutation needs to be focused on. Furthermore, UAEGDA is also a member of the Global Rare Diseases Commission.

Dr. Matar shares: “What makes us special is that we received 5 Nobel laureates, who said that, “The UAEGDA is a spot of light in the Arab world in genetic research.” They said that they had been to reputed institutions around the region but had never seen them do screenings for free for both local population and other nationalities, and reach the level where they are able to get support from the government to issue a law and have an impact on generations to come.”

UAEGDA is also looking to increase the advocacy of stem cell donation and one of its upcoming projects is to launch a stem cell bank. The Association has also partnered with Harvard Genetic Institute to study recessive disorders in the region.

Currently, UAEGDA is working on an Epigenetics project that focuses on the impact of sleep and gene expression of common non-communicable disorders such as diabetes, hypertension etc. Epigenetics tries to address the relationship between the environmental factor and genetic make-up. In simple terms, the DNA inherited from parents is the hardware, while epigenetics is the software that can be updated.

“My advice to people is that if you cannot change your lifestyle, at least try to modify your sleeping pattern. If you have a better quality of sleep, you will help your body to maintain itself during the night so that it will switch off all those mutations that can increase the risk of obesity, hypertension, cancer etc.,” she concluded.