Diabetes Aetiology in The Middle East: Beyond Our Lifestyles 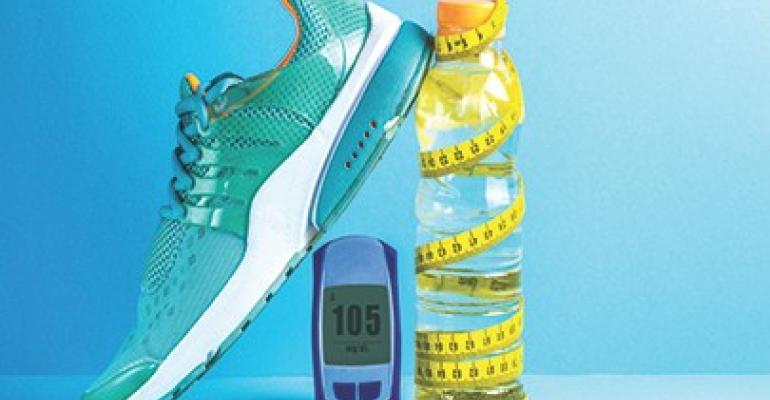 Type 2 diabetes (T2D) is a global public health crisis and a threat to socioeconomic development of all nations, particularly in developing countries.

Long considered as a disease of Western countries of Europe and North America, today, T2D is spread to every corner of the world, with more people with diabetes residing in the “emerging” economies than in the industrialised nations.

Diabetes rates vary greatly across different regions in the world. The Middle East and North Africa (MENA) region, which include the Gulf Cooperation Council (GCC) States, was estimated to have the second highest rates of diabetes in the world. At the global level, increased diabetes rates are most evident in countries that have experienced rapid economic growth, transitioning from low-income to high-income economies over a short period of time; the case of many countries in the Gulf Region.

Indeed, over the last three decades, the discovery and exploitation of oil and gas in several GCC States, has led to a rapid increase in economic growth and urbanisation in the region. This has been hypothesised to have resulted in a modern, fast-paced, and a technology-driven lifestyle, which consequently led to the reduction in physical activity levels, excessive consumption of calorie-dense fast meals, and eventually to the rapid rise in obesity rates and its related comorbidities, such as diabetes. Although this could be true, this is still a debatable topic.

Unhealthy eating and lack of exercise are two of the well-known and established risk factors of T2D. Whilst that is true, there are various other environmental exposures that have shown to influence risk of developing T2D. These range from air pollution, stress, and disturbed sleep, to vitamin D deficiency and viral infections. Some of our research at the Imperial College London Diabetes Centre (ICLDC)  includes looking into the link between obesity and diabetes with adenovirus-36 infection, which we think will bring along interesting results for the Emirati population, and the Middle East in general.

Despite the accumulating evidence on different lifestyle and environmental factors affecting risk of diabetes, obesity is still thought to be the major contributor to the dramatic increase in T2D over the last 20 years, globally. That is thought to be the case across most populations, including those of the MENA region. The question is, can increased obesity explain the high rates of T2D in the region? The answer to this question is not straightforward. Although obesity is a major risk factor for T2D, yet not all those who are obese develop the disease, and not all of those who are at high risk of diabetes remain disease-free by losing weight. In the case of populations in the Gulf, available estimates of obesity and diabetes indicate that obesity cannot fully explain the dramatic rates of diabetes in the region. It is true that high rates of diabetes in the Gulf are paralleled with high rates of obesity, yet, other countries in different regions in the world, including the U.S. and the UK, have comparable obesity rates to the countries in the Gulf, but much lower rates of diabetes. Similarly, rates of physical inactivity in the Gulf is reflective of the increased diabetes rates. However, countries in other regions in the world, have much lower rates of diabetes despite having comparable rates of physical inactivity to countries in the Gulf.

Data available make us question whether people in the Middle East are more “genetically-prone” to developing diabetes compared to other ethnic populations. It has been shown that certain ethnic populations are at a considerable higher risk of developing diabetes. Whilst in some cases this can be explained by socio-economic factors, and access to healthcare, it has been proven that even with equating all factors, ethnicity still plays a part in increasing or decreasing diabetes risk. If that is the case in the Middle East, then for example, a 30-year old man from Kuwait, Saleh, who is obese and/or inactive, is at a higher risk of developing diabetes, compared to a 30-year old man from the UK, John, who is also obese and has similar activity levels and dietary intake to Saleh. Now, does that mean that Saleh’s destiny and ours solely depend on our genes? That is not exactly true.

Increased Susceptibility to Diabetes: Your Genes Are Not Your Destiny

It is true that certain genes can predispose us to T2D, but predisposition is not pre-destiny. In fact, if the genetic architecture of the people in the Gulf make them more prone or “sensitive” to developing T2D, then it could also make them more responsive to lifestyle changes. A person’s susceptibility to developing T2D is speculated to be more complex than just obesity, or physical inactivity, or diet, or genetic risk factors alone; it appears to be driven by a complex interplay of gene-environmental interactions, called Epigenetics.

Epigenetics is a mechanism that regulates how genes express themselves independently of the DNA sequence or code, relying instead on the chemical modifications of DNA. Epigenetic tags act as “gatekeepers” blocking or allowing access to a gene’s ‘on’ switch. Scientists have long believed that environmental and genetic factors independently contribute to T2D risk; yet, several lines of evidence suggest that epigenetics bridges these two factors. Epigenetic changes can either be inherited or accumulated throughout our lifetime. But, most importantly, they can be reversible. That means, even if we do carry genetic risk factors that make us more susceptible to developing T2D, it is highly likely that changes in our lifestyle, like increasing our physical activity levels and/or eating healthier, can play a protective role through epigenetic mechanisms.

Diabetes in the Middle East – Our Model

Differences in diabetes risk across populations cannot be explained solely by environmental risk factors. In other words, it is the interaction between our environment and our genes that determines whether we remain healthy or develop disease. In some populations, like the Gulf, their genes might predispose them to diabetes, but it is the environmental factors that tip the scale one way or the other. Despite the lack of scientific research, it is likely that the populations in the Middle East, particularly in the Gulf, are at a higher risk of developing T2D with lower BMI ranges, or smaller changes in their diet, or smaller decreases in their physical activity levels. On the other hand, that could also mean that lifestyle interventions can be very effective and promising in these populations in preventing and delaying the onset of diabetes. In the end, this could be some good news for T2D patients and doctors in the Gulf. We can do something about it. Exercise more and eat healthier.

Ongoing efforts of healthcare givers and public health initiatives in combating the burgeoning problem of obesity and diabetes in the Middle East cannot be undermined. These include providing early diagnosis of diabetes, high quality treatment, and addressing people’s lack of physical activity and poor diet choices. Today, compared to 10 years ago, people in the Middle East are better educated about diabetes, and more aware of what they should and what they should not do; we try to walk more, eat healthier, watch our weight, and try to exercise.

In the UAE, since 2006, ICLDC in Abu Dhabi, a leading diabetes centre, has developed a public health initiative, which is intended to reach all levels of the UAE society using multiple pillars: Walk for life, Play for Life, Eat for Life and Cook for Life. The Walk for Life is an annual 5K walkathon for the community, which takes place in November every year, and attracts more than 20,000 people. This initiative aims to inspire people to walk, build walking communities and encourage healthy lifestyles. These are impressive promising steps in the right direction, and more is yet to come from the UAE and other nations in the region.