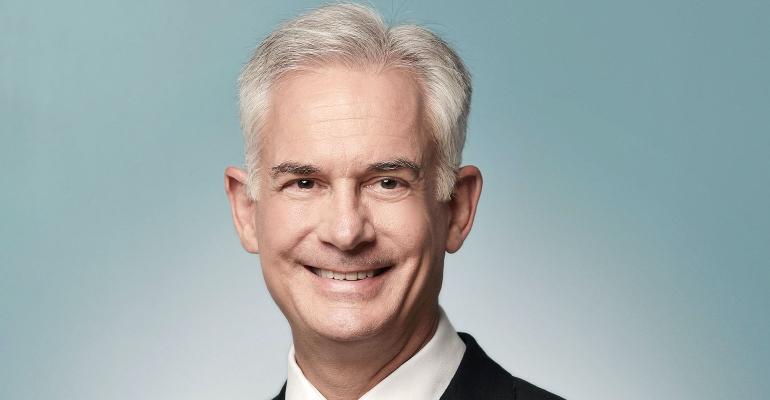 Five months ago, a coronavirus emerged from largely unheard of Wuhan, changing healthcare - and the world – seemingly beyond recognition. In the weeks since, China locked down hard, before emerging free from the crisis and lately seeing more cases surface in Beijing.

Omnia Health Insights sat down with Dr Jeffrey Staples, based in the Chinese capital as Group Chief Operating Officer of United Family Healthcare, to obtain a perspective from the country in the eye of the pandemic storm.

United Family Healthcare’s story began in 1997 as Beijing United Family Hospital, launched by a remarkable female entrepreneur from the US who was already firmly established in China’s healthcare scene, having first moved to the Chinese capital during very different times in the 1970s to import medical equipment.

Her mission was to improve healthcare in China by setting an example of how it could be like based on western practices; if successful, its model would be replicated by others.

The group, now publicly-listed on the NYSE (New Frontier Hospital, NFH), targets the top 5 - 10 percent of the Chinese population. While China’s government hospitals each has in the region of 1,000-2,000 beds, United Family Healthcare is small, with each of its seven hospitals numbering no more than 200 beds.

United Family Healthcare’s ability to impact the course of the pandemic was “minimal”, as the private sector was locked out of the COVID-19 response by the Chinese government.

But having already experienced SARS, emerging from China in 2002, United Family Healthcare was well prepared. It anticipated a rush in demand for PPE when the COVID-19 outbreak began, and responded quickly.

It procured PPE in the first instance for its staff and patients, before helping other hospitals, including providers in the US. United Family Healthcare’s quick initiative proved successful: to date no patient or staff member has been tested COVID-19 positive.

Support was also extended to the Wuhan effort. Its charitable foundation, United Foundation for China’s Health, donated N95 masks, other PPE, and 30 ventilators to hospitals in hard-hit Wuhan.  Additionally, its medical teams were on standby, ready to go to the Hubei city.

Digitalisation and the monetisation challenge

Another consequence of the pandemic, Dr Staples highlighted, is the telemedicine opportunity: he believes that development has been brought forward by five to 10 years because of the virus, and that healthcare businesses will be afraid to be left behind. However there remains the important issue of how to make money out of it while not cannibalizing your existing patient population.

The challenge is how to evolve telemedicine from what he describes as a pro bono service for keeping in touch with patients to either a paid membership service or a paid fee-for-service, for example. Dr Staples hasn’t seen this this done effectively yet in China, while in the US there are “one or two examples” but mostly this type of concierge medicine for a membership group.

If somehow minor illnesses or routine outpatient follow-up of chronic diseases can be served, Dr Staples considers, and people will pay for it, it’s a new business model.

As regards United Family Healthcare’s own virtual healthcare service, approximately 30 percent of its telemedicine consultations during the outbreak were existing patients, with the remaining 70 percent coming from new patients.

Some of the latter were from cities in China outside of United Family Healthcare’s catchment area, suggesting that while good for brand exposure in new geographies, the conversion of patients into paying customers remains a challenge. China is a vast country, potentially necessitating long distance travel for patients to visit United Family Healthcare facilities, in Beijing and Shanghai for example.

Still on the technology theme, Dr Staples revealed an innovation with far greater impact in China than telemedicine, and which also raises obvious questions relating to personal privacy: a health registration app.

The program, developed by the Chinese government, works through mini apps on WeChat, China’s ubiquitous multi-faceted messaging app (used by consumers for everyday tasks, from chatting to grocery shopping). Through the scanning of a QR code on the individual’s smartphone, their travel history is revealed and whether they are at risk for having recently been exposed to the virus is determined and displayed.

The app gives viewers instant access to verifiable risk classification for everyone in China, which from an epidemiological perspective is “amazing”. In other words, the government has gone so far as to make some of this data publicly available to every Chinese citizen during this recent outbreak in Beijing, in a remarkable transparency drive.

It’s not possible to travel anywhere, or even enter many places of business, Dr Staples elaborated further, without presenting this information via your phone – something that would be virtually impossible in a society such as the US or UK.

This is on top of the already rigorous checks applied across China: it’s not possible to go anywhere without having your temperature checked, for example, including residential compounds, in a situation that has persisted for four months.

Two interesting outcomes of the program is that criminals are now turning themselves in – they evidently have nowhere to hide – and the authorities have locked down specific schools, restaurants and residential compounds in Beijing with ease in their effort to contain this latest resurgence, owing to their remarkably effective contact tracing and testing, while the rest of the megacity remains fine.

China’s coronavirus strategy is in more than one respect unique, and there are alternative models of success.

Dr Staples pointed to the example of another East Asian nation, Japan, that faced the additional challenge of having the oldest population in the world. He suggested that its “extremely conscientious” society had much to do with its effective containment of the disease.

Its government didn’t do much: two face masks were handed out per person, and the nation was asked to stay at home where possible. However its population habitually wears face masks, they don’t shake hands, and it’s a culture built on social distancing.

Looking ahead at the post-pandemic world, Dr Staples was remarkably sanguine.

“After a couple of years, the world will return to normal. People are shaking hands already and restaurants are busy throughout China. China has shown how the world how to do it.”

He nonetheless warned that in the probable event that the coronavirus becomes a seasonal virus, intensive and critical care systems will be overwhelmed “potentially to the point of collapse”, and urged these to be made more robust.

He also called for better management of chronic diseases, better hygiene, social distancing and greater adoption of the face mask.

Dr Staples was equally upbeat about the short term, expressing enthusiasm in particular for Omnia Health Live, a virtual healthcare event  (22 – 26 June 2020) he will be dialling into.

“Omnia Health Live is at the forefront of digital technology for furthering knowledge sharing and building communities and communicating among peers.”