AI: Taking a Bigger Role in the Healthcare Conversation 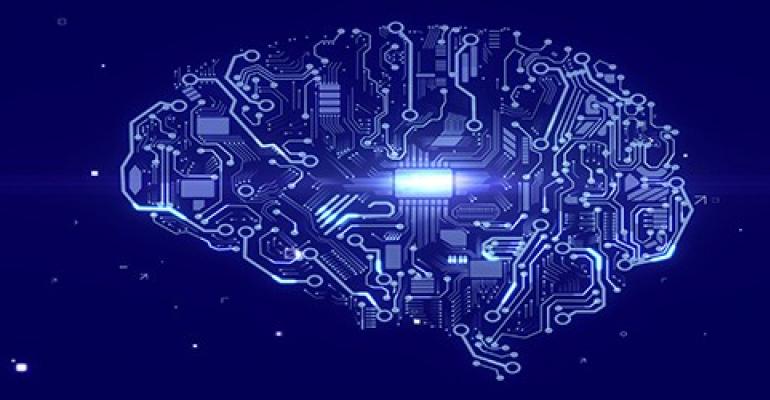 On the road to automatically adding precision to a decision

There was one buzzword that dominated the discussion at Arab Health Exhibition & Congress 2018 — Artificial Intelligence (AI). Whether it was computer-assisted robotic technology being showcased on the exhibition floor, or an in-depth discussion about whether AI will eventually replace humans in the future taking place in the seminar rooms, everyone was talking about it. Arab Health Magazine sat down with Rajat Karol, who is the general manager of GE Healthcare Digital for the Eastern Growth Markets & Africa to find out his taken on whether AI is a magic pill for the challenges we face in healthcare, or if we still have a long way to go before we see any real progress.

How far has AI come in the last decade or so?
As the name implies, AI means that you are trying to get to a decision, or you are trying to add precision to a decision, automatically. AI is a new word, but this is something that a lot of businesses have been doing for a long time. It used to be called Machine Learning; how do you make a machine learn to do things on its own.

The challenge in the past was that while the algorithms existed, for example, IBM’s chess-playing computer Deep Blue, they used to fill the size of a room in its entirety. In essence, AI was technologically bound. What has happened now is that with the same algorithms, all the computing power of GPPUs (general purpose processing unit) has taken away a big technological barrier that has existed for the past 20 to 30 years.

This is precisely what happened with computers. You used to have big mainframes that only a select number of people had access to. So even if you had a great idea for an application, you were still constrained by not having access to the mainframe. And as we moved into the microcomputer world, everyone was able to programme. As such, we need to think of AI as a revolution because the restrictive factors that used to exist are being taken away.

What is the philosophy behind AI?
Essentially there are two philosophies of what we are trying to do here. Firstly, we are trying to understand how the human brain works and then we try to replicate this. This has been challenging because, ultimately, we still don’t really fully understand how the brain works. The other theory is that by definition, the process is artificial. So, you start as a seed with something small and teach it like it is a child, who then becomes an adolescent and then an adult. A human takes around 20 years to mature, but with computing power at your disposal, you can now greatly accelerate that to just six weeks.

A great example of this is technologies that teach machines how to play a game. In fact, they don’t teach, instead, they show someone else playing the game and the technology sees how that works. When the machine sees how the games are played, the AI sometimes plays the game in a very counter-intuitive way because it does not work in the same way that a brain would work when playing the game. Rather, it finds new pathways and it makes moves that a normal player would not make. This is because, as humans, our brains are also inhibited by what we can physically do or by our known and unknown biases.

AI doesn’t have these limitations and by giving it raw computing power, it allows it to experiment and it iterates, greatly accelerating the process.

What it means for us, in this world, is that we will reach an inflection point where us humans will not even fully understand what AI does and how it does it because it is beyond our comprehension.

What we see today with the likes of Siri and Alexa are just the user interfaces by which they interact with us mere humans. Once AI has reached that level of ascendance, they need to come back down to our level to explain it in our terms.

How does GE Healthcare use AI to make medicine more precise?
Applied Intelligence, which we are already today doing at GE Healthcare, means that we are taking not a general AI approach, but rather, we are taking a very specific problem statement — like solving the needs of a hospital and the patients. For example, as a radiologist, I am looking at an x-ray scan, and I am asking the AI if this particular area of the lung looks normal. So, it is a very specific application for a general intelligence. This allows us to focus our energy and reduce the data to get to that particular outcome.

GE has been in this business for over a hundred years and we have sold a lot of big machines (MRI, CT, for example) that have been used for complex diagnosis and we get a lot of images out of these machines that are being used by doctors and radiologists to understand and diagnose disease. Our main focus is how to help the physician make the right decision and, in our new strategy for 2018, our CEO talks about this as ‘Precision Healthcare’; how to make healthcare more precise.

Today, a lot of medicine is like throwing darts at a board and seeing what sticks. The first step is to be more precise in order to avoid the patient having to go through eight therapies, only to find that the ninth therapy is the one that stuck. From a patient perspective, this can be harmful, and, from a hospital perspective, this can lead to unnecessary expense.

For example, at GE we make products with contrast medium. What this means is that let’s say you want to do a CT scan of soft tissue. As soft tissue is difficult to see in an x-ray, we will give the patient a contrast medium that goes inside the patient’s body, so that when you do the x-ray, the contrast medium scintillates. However, as some of that contrast medium has to be given in very small doses, we are now producing applications that use AI to determine how much of the contrast medium a particular person needs — this means the ideal dose that allows you to diagnose, but causes minimum harm, particularly when it is done on a patient that needs regular monitoring. This is our whole model of Applied Intelligence and we are trying to apply it to make our products work in the best possible way and provide the best possible outcome.

How do you do this?
We are doing this in two different ways. When you talk about medicine there are two different axes. The first axis is the precision of diagnosis and the other is the efficiency in the hospital. For example, Japan and the U.S. have the highest number of radiologists per million people. This means that it takes the least amount of time to make the diagnosis and, therefore, treatment can start sooner. In places where there is a distinct lack of radiologists, even if you have a million-dollar machine, if you have no one to make the diagnosis, you cannot make this work.

Part of the solution to use AI is to ensure that the workflow is fast and efficient, allowing you to give care to the patients who need it first — workflow, then precision in the diagnosis. And this is just the start of what we think we can do.

The scope is immense. We are working on recent partnerships with companies to better understand the diseases that are happening at a tissue or cell level. This means trying to get data from our cells to see what are the biomarkers that either give you a higher or lower chance of getting a disease. In 2001, it cost about $1 million a year to sequence one person’s DNA. Today, you can buy a device for $1,000 that can sequence your DNA and give you a huge amount of information. This is the sort of leap of technology that no one could have imagined.

What do you see as the challenges of AI in healthcare?
Radiologists have a tough job as they are measured on productivity and are under pressure to provide an accurate diagnosis. But how do you strike the right balance between clinical outcome and efficiency? Today, this works under the peer review system where a senior radiologist will validate, depending on the complexity of the case, whether the radiologist has given the right diagnosis.

In the future, AI could jump in at various stages and take increasingly more serious roles in this conversation. For example, the Boston Children’s Hospital has a global referral centre where a lot of complex paediatric cases get referred to them, but their biggest challenge is what we call ‘false positives’. A lot of cases get referred to them that should not have been referred to them in the first place. Because they have limited resources, they want to be able to focus on the cases that they can really help with. GE is working with the Boston Children’s Hospital on how to utilise AI to flag and remove the ‘false positives’ so that they can focus on the 20-30 per cent of cases that they can actually have an impact on.

The other segment that faces a challenge is the hospital operators and CEO’s who need to provide quality clinical outcomes, but at the same time, they are competing against other hospitals or insurance companies to provide the most cost-effective solutions.

Perhaps what the real challenge is what we think about in terms of needs vs. wants. I want my phone to have AI, but I need my doctor to have AI. As a human race, we invest so much into things that make us feel happy, but if we could just focus our energy somewhere else, it could have such a big impact for the greater good.

This brings me to the region as I believe that the Middle East has the ability and the thought leadership to become a world leader in the AI space. For example, the UAE is that perfect melting point where people from around the world can come together to design and develop. Here we have the infrastructure and a government that allows for the freedom to experiment and try something new; a balance that every government needs to strike.