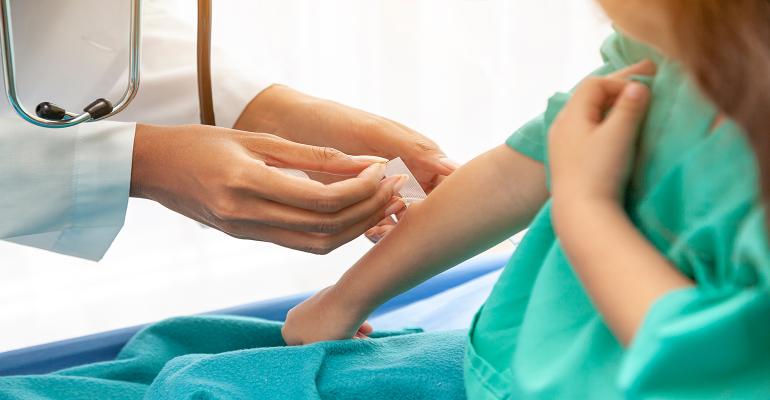 Patients continue to suffer from medication harm despite 40 years of research; anaesthesia providers have been slow to recognise the implications and acknowledge the extent of the problem. Research efforts to define the incidence, causes, and associated human factors, after a slow start in the 1980s and 1990s, have taken off.

Research in anaesthesia medication errors has somewhat paralleled research on the epidemiology of medical errors. Three studies in the 1980s and 90s reported anaesthesia mishaps and adverse events. Craig and Wilson reported the rate of any medication mishap was 0.14 per cent or 1 in 694 anaesthetics. Human error was the most frequent cause. Nine years later, Chopra et al found that the failure to check, lack of vigilance, inattention, and carelessness were the main causes of anaesthesia complications, finding the rate of drug error to be only 0.012 per cent, and acknowledging that minor medication errors were probably missed due to the study design. Wilson et al found drug error to be the 4th most common adverse event, resulting in permanent disability 17 per cent and death 8 per cent of the time, respectively, with 51 per cent deemed preventable.

A recent study, published by Nanji et al, attempted to define the incidence using a mixed-methods, human factors ethnographic study. The authors used trained observers backed by a detailed chart review of almost 3,700 individual drug administrations, and found 193 errors (5.3 per cent), equating to one in every other anaesthetic. 79.3 per cent of errors were considered preventable, of which 64.7 per cent were considered serious and 3 per cent as life-threatening. Sanduende-Otero et al reported in 2019 that most frequent types of adverse drug events reported were wrong treatment regimen and wrong medications with vasoconstrictor agents, benzodiazepines and muscle relaxants and opiates most likely to cause harm.

Four studies in the 1970s-90s specifically attempted to define adverse events, or which human factors play a role in medication errors. From New Zealand in 2001, Webster et al reported a failure to check, misread syringe/vial, and “syringe swaps” as the most common human factors leading to error. These were closely followed by distraction, inattention, and pressure to proceed. Cooper et al found identical results 11 years later, in an entirely different culture and environment.

There are several reasons for the wide variation in the reported incidence of medication errors in anaesthesia. Early research efforts on anaesthesia mishaps only incidentally found the error rate. Differences found between 2001 and 2017 were based mainly on study design. Three prospective studies with a similar design found similar results. The 2016 Nanji study adopted a different methodology and found a much higher rate. Using commonly accepted definitions of medication error and medication harm will help resolve some of the variance in future studies.

When a patient experiences a drug-related event under anaesthesia one wonders if this is an expected outcome or a known hazard that could have been prevented. Should this be defined as a medication error, adverse medication event, near miss, or simply a reflection of the patient’s underlying illness? The terms adverse drug event (ADE) and adverse drug reaction (ADR) are useful markers to help anaesthesiologists assess and understand why patients react in certain ways. The International Conference on Registration of Pharmaceuticals defines a medication error as “any preventable event that may cause or lead to inappropriate medication use or patient harm while the medication is in the control of the healthcare professional, patient, or consumer.”

Pharmacovigilance addresses the time intervals between the drug administration and the adverse event, pathophysiology and competing causes for the event, response to de-challenge (for example, stopping vasopressor infusion or a drug dose reduction), and the response to re-challenge (i.e., protamine re-administration).

Types and mechanics of reporting errors

Observation studies have consistently found higher rates of error than those relying on voluntary reporting. Cohen, in an editorial, stated that voluntary reporting underestimates the actual incidence of medication error by many-fold but maybe the most effective method of reporting. In an observational study, Cullen et al reported that a retrospective chart review found at least a five-fold incidence of errors compared to voluntary reporting. Classen et al, compared the IHI “Global Trigger Tool” (GTT) to voluntary reporting and the Agency for Healthcare Research and Quality’s Patient Safety Indicators chart review. The authors found that both fared poorly in comparison to the GTT and missed 90 per cent of adverse events. The IHI GTT found at least 10 times more confirmed and serious events.

Voluntary reporting assumes that the person making the error recognises an error was made and will be honest, take the time, and report the error. There may be a rational fear of retaliation, adverse legal action, or reports made to the National Practitioner Data Bank or medical/nursing boards, leading to a hesitation to report. In the current healthcare climate, production pressure leaves little time between cases to report. Computerised risk management software programmes exist in most hospitals, yet many are cumbersome and require extensive data entry. The three prospective studies referenced above employed a simple piece of paper included with each anaesthesia record, facilitating voluntary reporting and preventing the need to spend time on the computer. In the era of electronic medical records (EMR) and paperless charts, paper systems have mostly fallen by the wayside. A potential solution is an electronic error report, ergonomically designed to mitigate the workload on clinicians, with dropdown menus linking directly into a secure and confidential database facilitating ease of reporting, analysis and feedback to the clinician.

Cooper et al first described “syringe swaps” in 1978 as one of the top three causes of preventable anaesthesia mishaps. The authors identified human factors associated with these types of medication errors, including haste, inattention /carelessness, fatigue, distraction, and poor labelling and failure to check or read the label, among others. While progress has been made to address these human factors, in some ways they haven’t gone away and their impact may even be more prevalent, given the organisational emphasis on productivity above all and the surge of new and poorly designed technologies and EMR adding more work and stress to providers.

The most common medication errors in one of the largest prospective studies were wrong dose, labelling, and failure to deliver correct medication errors. Is it the correct entrance port (IV catheter vs epidural catheter = mismatched connection); or in the case of continuous infusions of drugs, the wrong drug was connected to the wrong site. The most common medications associated with errors in the O.R. were propofol, phenylephrine and fentanyl; neuromuscular-blocking agents and opioids have also been documented as common offending agents.

The causes of these socio-technical system safety failures are embedded in professional, cultural and organisational norms, including rampant normalised deviance, in which unacceptable actions or professional violations are ignored, ignoring human factors, lack of data and outcomes transparency, and organisational secrecy. Poorly designed medication dispensing systems/carts, labels and fonts, vial sizes, and unaddressed embedded human factors constraints, including the existence of confusing drug names and look-alike/sound-alike dissimilar drugs are the most common causes of medication errors worldwide. The anesthesiologist working alone in poor ambient light conditions, to draw up, dilute, label, and administer medications with little or no oversight is clearly a contributory factor.

While labelling may now be more standardised, with ASTM colour-coded syringe standards and computer-generated labels being readily available, we still rely on the “read the label” exhortation. Pre-filled syringes are available with barcoded labels, yet in the U.S., there is no commercial anaesthesia computer system that will seamlessly read the labels and integrate them into the EMR. There are no auditory or visual alerts to help anaesthetists avoid giving the wrong medication or the wrong dose. Fewer than one in 10 physicians routinely read drug labels, despite their clear and accepted warnings. A manual independent risk-reduction strategy of double-checking high-alert medications that has been a strategy widely promoted by nurses and pharmacists has long been disputed and ridiculed by anaesthesia providers. The ability of independent double checks by two people to detect up to 95 per cent of errors has been demonstrated in numerous studies.

The most important organisational barrier to medication safety is the prevalent risk culture. A culture of safety is created when an organisation endorses medication reporting and where physicians, nurses and pharmacists feel psychologically safe to speak up and report errors or other improvement opportunities. Staff can report on dangerous or inadequate processes or outcomes and will not be censured or suffer reprisal unless their actions were malicious or deemed to have intent to cause patient harm. Careful investigation of these ADE leads to thoughtful and meaningful steps that make sense to clinicians and are likely to endure. This type of environment has been described as a learning environment, and in conjunction with concrete learning processes and practices, is the first step towards creating a learning organisation. Conversely, a blame culture instigated by the department head or hospital leadership can lead to staff fear and a dramatic reduction in reported medication incidents. We might learn from New Zealand and Sweden, where a no-fault medical liability system promotes more open discussions and supports learning.

There is substantial potential for reducing medication-related harm, and there are many opportunities to improve safety in the perioperative setting. Anaesthesiologists are the reason patients can undergo surgery safety while receiving dozens of drugs as well as under the effects of the patient’s home medication. We need to rethink the design of medication administration workflow and support implementing specific actions to prevent adverse medication safety in the perioperative setting. However, little prevents anaesthetists from making simple and harmful medication errors. There are few checks and balances, at odds with all other high-risk industries where safety records are multi-fold better than medication safety in anaesthesia. We believe that in spite of all we know about preventing harm due to medication errors, their persistence may be related to three important drivers. First, most medication errors are near misses; i.e., there is no patient harm and, thus, may not be considered important to report or prevent. Second, the anaesthetist who makes an error must realise they made the error and third, they must report the error. Observational studies have consistently shown that physicians under-report the majority of their medication errors and their complications. Truth-telling and data transparency through national registries regarding the prevalence and causes of medical errors and medication adverse events are essential if the trust is to be enabled, leading to a culture of safety. 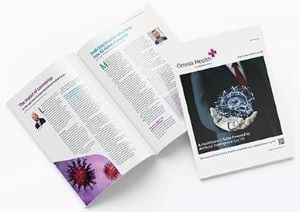 This article appears in the March/April edition of Omnia Health Magazine. Other topics include AI in healthcare, patient safety, mobile healthcare and further updates around on COVID-19 from the healthcare industry.