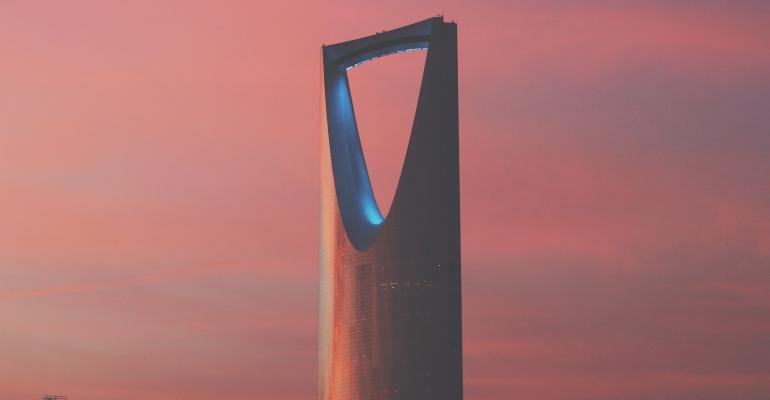 In our recent Voice of the Industry Market Outlook survey of more than 6,000 healthcare decision-makers worldwide, respondents identified the GCC as the most important region for healthcare businesses after Africa.

Of all countries in the region, Saudi Arabia was named as having the best current performance (after the UAE). Survey participants were also the most optimistic of Saudi’s future from a healthcare perspective, seeing the country as the most attractive in the region for the next two years, again after the UAE.

The principal reason given by survey respondents for Saudi Arabia’s attractiveness was the government’s investments or initiatives. They however also identified regulations or certifications as the biggest challenge when doing business in Saudi Arabia, ahead of other barriers such as customs clearance and payments collection.

Saudi Arabia is undergoing rapid reforms that aim to realise the country’s economic potential under Saudi Vision 2030, the country’s ambitious long-term economic and social blueprint announced in 2016 to reduce its dependence on crude oil.

To realise Vision 2030, a National Transformation Program (NTP) was launched, an economic action plan involving 24 government agencies. The NTP identified a number of key targets to be met by each government body by 2020. Saudi Arabia's healthcare plan under the NTP has placed the sector on a fast trajectory to privatisation and growth over the coming years.

With the private sector currently contributing less than 40 percent of GDP, Vision 2030 seeks to shift the Saudi government’s role from providing services to one that focuses on regulating and monitoring them, and therefore seeks to increase private sector contribution by encouraging investments, both local and international.

To increase its long-term contribution to the Saudi economy, Vision 2030 commits to opening up new investment opportunities, facilitating investment, encouraging innovation and competition and removing all obstacles preventing the private sector from playing a larger role in development. In doing so, it aims to increase private sector participation to 65 percent by 2030.

In 2017, Saudi’s Ministry of Investment, the main facilitator of foreign investment into Saudi Arabi – then known as Saudi Arabian General Investment Authority (SAGIA) - announced that foreign investors could have 100 percent ownership in healthcare, among other sectors, opening up opportunities worth US$ 180 billion. A specialised entrepreneuer license was also launched, allowing international entrepreneuers the opportunity to launch a fully foreign-owned startup in Saudi Arabia within hours.

A new report was released in April 2020 detailing NTP achievements since inception in June 2016 until the end of 2019.

The report explains that this is due to the establishment of the National Competitiveness Center (Tayseer) to develop a competitive environment by implementing more than 400 reforms to serve investors, such as procedures automation, development of regulations, regulations and policies, and enabling the private sector to achieve economic development. To date 57 percent of the 400 reforms have reportedly been implemented.

Saudi Arabia also rose to 38th place from 141 in the global Starting a Commercial Activity index, according to the NTP achievements report. Comprehensive service centres (Meras) were established to provide instance licenses and electronic services necessary for starting a business, and regulations were put in place to develop the infrastructure for commercial business.

The establishment of a Saudi Patient Safety Center (SPSC) was the first of its kind in the region, with a focus on developing healthcare policies and procedures on scientifically proven principles; preparing the patient safety programmes to raise the efficency of health practitioners; and reducing the damage caused by medical errors in the Saudi health system. The SPSC, according to the report, increased the percentage of hospitals achieving the American average to measure patient safety culture from 30 percent in 2018 to 60 percent in 2019.

Also in the report:

The Saudi government views healthcare as the sector with the best privatisation potential, targeting the privatisation of 290 hospitals and 2300 primary health centres by 2030.

In February 2020, the first privatisation of a government-owned healthcare entity under Vision 2030 was announced. Jadwa Investment announced the successful completion of its advisory mandate for the privatisation of Saudi Medical Services Company, a Saudi Arabian Airlines subsidiary. The transaction was completed through selling a majority stake to Dr Soliman Abdel Kader Fakeeh Hospital Company.

What's new in 2020: Update on procurement

A key contributor to the Saudi 2020 Vision is the National Unified Procurement Company (NUPCO), Saudi Arabia’s biggest provider of standardised procurement services to government agencies working in the healthcare sector. Founded in 2009, NUPCO’s two main objectives are to achieve cost spending efficiency and improve the level of healthcare service providers to government hospitals.

In an interview, NUPCO's CEO revealed that its purchases exceeded 62% of all government procurements in 2019 and that the number of beneficiaries using its services had reached 54.

Saudi Arabia has a mature and well-developed regulatory framework in place for medical devices and in vitro diagnostics, allowing medical devices manufacturers, service providers and dealers & distributors to be able to make significant inroads in the Saudi market.

Due to the outbreak of COVID-19 the SFDA has taken steps to ease importing restrictions, accelerate registration processes and provide all support for local factories and distributing companies to ensure regulations do not block the development or supply of devices that could save lives.

In order to ensure an adequate supply of medical devices and products needed are available in the kingdom, new COVID-19 regulatory interventions were applied. They include importing PPE, local unauthorised factories for PPE, and emergency importing permission for IVD kits.

Also in December, a guidance document was released on Unique Device Identification (UDI) requirements for medical devices and IVDs, with an implementation date per risk class, linked to the finalisation and availabilty of the Saudi Arabia UDI Database, SAUDI-D.

To improve the health and safety of patients, users and others guidance reporting was issued to clarify the requirements for incidents and adverse events reporting to the SFDA. The guidance applies to medical devices manufactures, authorised representatives and healthcare providers.

Recognising that innovative medical devices have an important role in improving and facilitating both patient's and physician's quality of life, the SFDA introduced an Innovative Medical Device Designation process to improve the review processes for Innovative Medical Devices. Their guidance contains information for manufacturers on the operation of the designation and associated review processes.

Your gateway to the healthcare sector in Saudi Arabia: Global Health Exhibition and Congress, held under the patronage of the Saudi Ministry of Health, brings together 15,000+ key healthcare professionals from KSA and across the globe to meet, learn and do business in the Kingdom of Saudi Arabia. Learn more about the comprehensive range of healthcare products and services being showcased by the world’s most innovative and prevailing companies.