The weight of men’s mental health 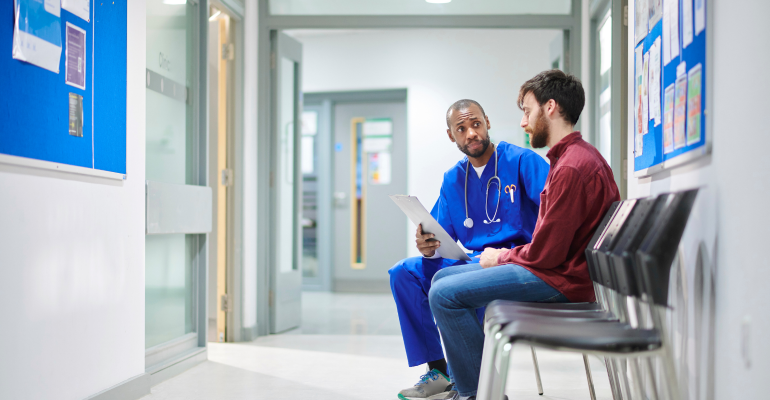 In a webinar titled ‘Men’s mind matters’ hosted by the Lighthouse Arabia, Dr. Saliha Afridi cautioned about the repercussions of neglected mental health.

One in four people in the world are most likely to be affected by mental or neurological disorders at some point in their lives. Every 40 seconds, one person loses their life to suicide, with depression being a leading cause of disability worldwide. Two of the most common mental health conditions, depression, and anxiety, cost the global economy US$ 1 trillion each year.

Furthermore, the prevalence of mental issues in men has been triggered by the unique challenges faced by them, including the social pressure to ‘be a man' and the lack of support in seeking help, due to stigma surrounding emotional well-being.

Related: Mental health in the UAE – how are we coping?

“Mental illnesses are underdiagnosed in men, clinical issues that are presenting, are not being reported. While we might say that depression and anxiety are more prevalent in women, we know for sure that men are struggling, they are suffering. When compared to women, men are more than four times more likely to use substances, and four times more likely to end their life by suicide. They are 11 times more likely to spend time in jail and report lower life satisfaction. Men are less likely to recognise and report any physical and mental ailments. There is a disconnect, and they find it very hard to acknowledge that they need support. While depression and anxiety will show up in women, anti-social behaviours or substance abuse will be the warning signs for men,” explains Dr. Saliha.

She continues to speak about how mental health disorders develop in adolescent girls and boys, with girls experiencing issues of depression, anxiety, eating disorders, while boys will show symptoms of ADHD, anti-social behaviour and are more prone to suicide. “While girls will have suicidal ideation and suicide attempts, the completion is more likely to happen in young boys than it is in young girls. There is a lot more aggression, suppression, and numbing that takes place in men and boys compared to girls. The cultural stigma surrounding mental health is one of the main perpetrators and chief obstacles to people admitting that they're struggling and seeking help. This is across the board – every country, every culture, every race, every religion faces it,” she says.

Related: COVID-19 takes a toll on the mental health of entrepreneurs

Suicide is one of the leading causes of death for men globally. In the UK, the highest suicide rate is for men is between the age of 45-49. “Mental illnesses, like mental health problems, are major changes in your thoughts, feelings, and behaviours over a period of at least two weeks. It impairs your functioning and interrupts your life. This is more than just feeling sad for a week. It is not being able to get out of bed, feeling withdrawn and disconnected. It is crucial to recognise these signs and to seek help from a psychiatrist or a psychologist. Joining support groups, where you don't even have to engage initially, but as a starting point just to be present and surround yourself with support is a big step,” advises Dr. Saliha.

What are other ways to maintain one’s mental health? Dr. Saliha speaks about the benefits of moving around. “Exercise is a good way to attend to your mental health as well. John Ratey, Harvard psychiatrist who's done decades of research on the impact of physical exercise on mental health, has reported that it is more important for your mental health than physical,” she concludes.