Although it has a high prevalence, cervical cancer is still a taboo subject, says Dr. Khaled Kouteich

January marks cervical cancer awareness month, the disease is the fourth most common cancer in women according to WHO. In an interview with Dr. Khaled Kouteich, Consultant Obstetrics & Gynaecology and Dr. Alaa Younus Mohammed​ Specialist Obstetrician and Gynecologist from Fakeeh University Hospital we discuss how preventative measures are key.

What causes cervical cancer and what are the major symptoms that can be giveaways of the ailment?

Dr. Khaled: Cervical cancer occurs in the cervix of a woman, the entrance to the uterus from the vagina. It happens when the cells in a woman's cervix undergo mutation. This cancer can damage the cervix's deeper tissues and spread to other areas of the body (metastasise), most often the lungs, liver, bladder, vagina, and rectum. Cervical cancer develops slowly, so it is generally detectable and treatable, before it causes major complications.

According to WHO, almost 99% of cervical cancer cases are associated with infection of high-risk human papillomaviruses (HPV), a very common virus transmitted through sexual contact. Although most HPV infections resolve spontaneously with no symptoms, chronic infection can lead to cervical cancer in women.

Cervical cancer in its early stages usually has no symptoms. However, following are the signs and symptoms of advanced cervical cancer: 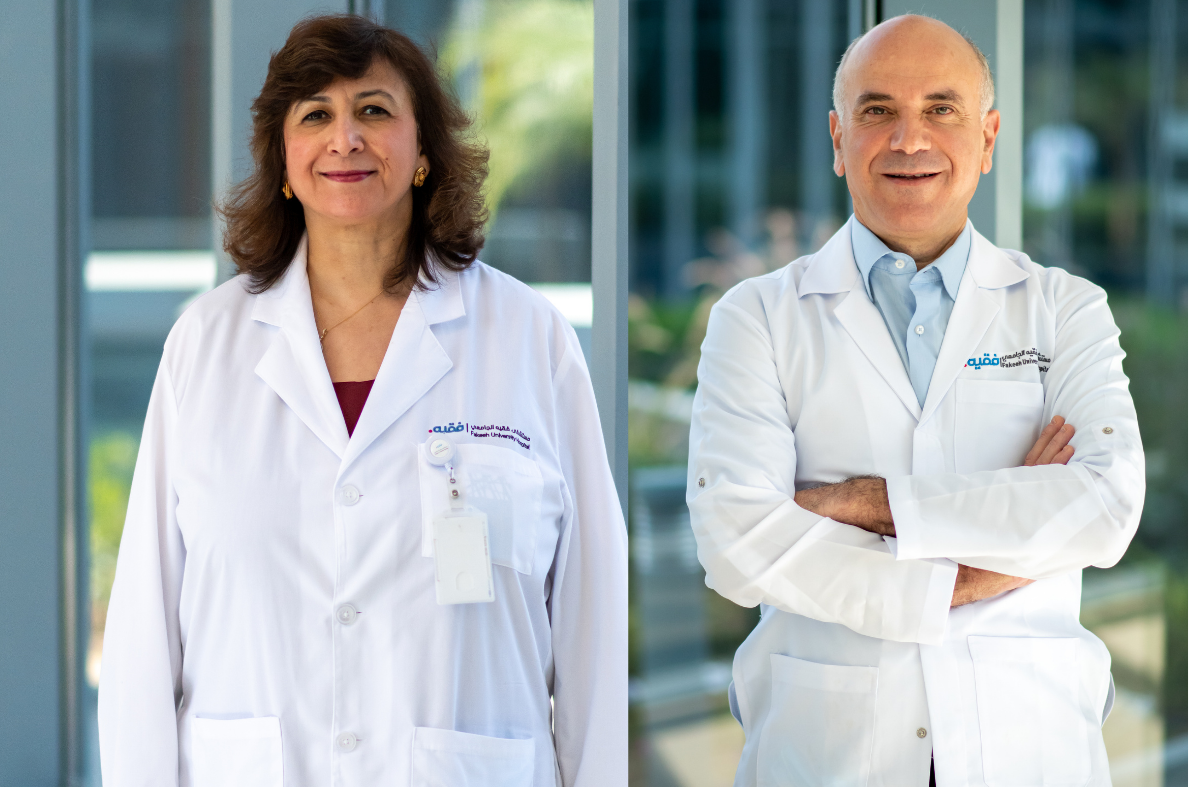 What are the necessary steps in the prevention and detection of cervical cancer?

Dr. Alaa: A variety of steps can help lower the risk of developing cervical cancer, such as:

While the detection steps include regular screening, after consultation with your doctor and identifying the symptoms as listed above, in time. Generally, diagnostic options include Pap smear, colposcopy , biopsy and different modalities of treatments.

In line with cervical cancer awareness month, how important is it to start a conversation and encourage preventative methods?

Dr. Khaled: Cervical cancer has a high prevalence, but it is still a taboo subject and is not openly discussed by many women. They suffer in silence, while the cancer cells mutate within their body. It is time to raise awareness regarding the disease, especially as the survival rate is close to 100 per cent when precancerous or early cancerous changes are detected and treated early.

WHO has developed an ambitious, concerted and inclusive strategy to guide the elimination of cervical cancer as a public health problem. To eliminate cervical cancer, all countries must reach and maintain an incidence rate of below four per 100,000 women. In UAE, a national level vaccination programme has been launched in 2019. And so far 2 in 10 girls in the primary target cohort in 2020 have received their final HPV vaccination dose. In addition to this, the Government has launched a national screening programme for cervical cancer in 2021 with the aim to strengthen early detection of first symptoms at primary health care level.

Many other countries should also take and encourage similar preventive methods.

How often, and from which age should women screen for cervical cancer?

Dr. Alaa: The screening for cervical changes should start as early as the age of 13-15.  Women in the age group of 25 to 50 should get a HPV test every 3 years and in the age group 50-65 every 5 years. After 65 years of age, screening can be stopped if three previously done pap smear tests are negative.  In the absence of an HPV test, other alternatives, like the Pap Smear Test can also be used.

What forms of treatments exist for those with cervical cancer?

Dr. Khaled: Treatment for cervical cancer is determined by a number of variables, including the stage of the cancer, any other medical issues you may be undergoing, and your personal preferences. It is possible to utilize surgery, radiation, chemotherapy, or a combination of the three. Treatment for early-stage cervical cancer, while the disease is still limited within the cervix, has a high success rate. The further a cancer spreads from its original place, the lower the success rate.

Following are some treatment modalities:

Dr. Alaa: Yes, they do. Women may be at a higher risk of cervical cancer if they: