Insight into oligometastatic and gastrointestinal cancers 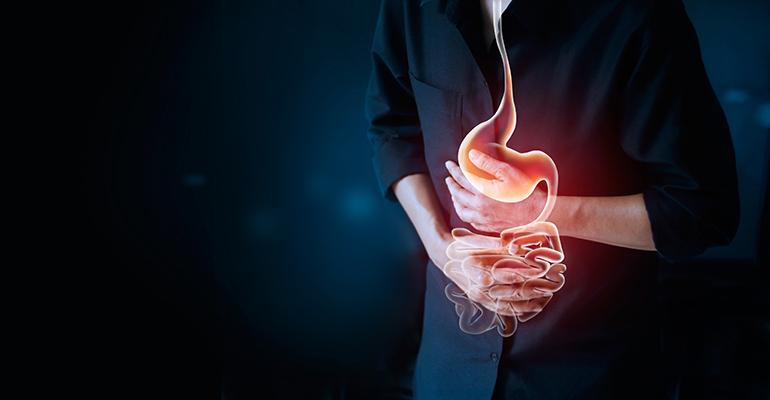 A sneak peek at Dr Kiran Turaga’s session on ‘Curing Stage IV cancer: Towards understanding oligometastatic cancer’ ahead of the Surgery conference at Arab Health tomorrow.

What will you be discussing at Arab Health 2022?

When you think about stage 4 cancers, you typically don’t think about the role of surgery., This concept has evolved over the years, and that’s what my research and clinical practice are around. The focus of my talk will be on curing stage 4 cancer. Metastatic cancer has a terrible prognosis and is often treated with chemotherapy. I am going to discuss a phenotype of patients first described by some of the scientists at the University of Chicago back in the 1990s. There is a state of cancer metastasis that isn’t necessarily fatal. They called it oligometastatic cancer, describing it as existing between cancer that is contained to where it originated and one that has spread extensively throughout the body.

In oligometastatic cancer, the patient has only a few, usually small metastases, but most people with metastatic cancer are treated only with therapies meant to kill cancer cells anywhere they may be in the body. By providing them with localized treatment, patients can be protected from unnecessary treatment. The focus of my talk will be on how we can cure those types of cancers. We have a clinical trial that where we are working on using novel ways of predicting how to cure patients. We have the technology today with which we can predict outcomes. So, I hope attending surgeons, medical oncologists, and radiation oncologists will find this session useful and think about these patients differently than we’ve thought about in the past.

What are some of the symptoms people should be on the lookout for in gastrointestinal cancers?

Gastrointestinal cancers are among the most common cancers that happen in adults. Moreover, they include a broad spectrum of cancers, right from gastric to liver, small intestine, and colon cancer. So, the symptoms can vary depending on the type of cancer. However, some general symptoms would be related to the digestive tract, which would involve patients not eating well, losing weight, or feeling weaker. If there is any change from normal patterns, it is essential to bring it up to physicians for investigation. Furthermore, I want to emphasize the fact that these cancers are now happening a lot more in younger adults.

It could already be quite late by the time the symptoms start appearing. Therefore, with increased awareness, it should be possible to head off some of these issues ahead of time and diagnose them at a much earlier stage than we used to before.

Is there a reason why so many young adults are diagnosed with gastrointestinal cancers today? What tests can help diagnose it earlier?

I think it’s a critical area of investigation. We don’t know precisely one reason why that is the case. But, for instance, colon cancer takes about 10 years to develop from polyps through cancer. So, it’s strange to see young adults between the ages of 15 to 18 diagnosed with colon cancer. The question is, are they getting cancer at the ages of four or five? What are we doing differently now? I think it’s easy to blame processed foods or refined sugars. However, the science is not strong enough to say that it is definitively the problem. Based on many animal studies, there is interesting research happening in this area on the microbiome and the bacteria in our intestines. I don’t think there is one factor contributing to the increased incidence of cancer, but I would say that diet and microbiome will be the things that we’re going to have to watch out for.

Today, there are screening programs for the pancreas, colon, etc. However, patients who have a family history of cancers should regularly conduct tests and see a specialist.

At Arab Health, I will also be discussing cell-free DNA. In this, DNA can be detected at very minute levels using modern technology and can predict who has cancer or precancerous lesions. It’s also called liquid biopsy. This will be up-and-coming in the next four to five years. So, by then, we will have data and ways of screening populations, especially high-risk populations for cancer, based on blood tests.

What role is technology playing in improving surgery outcomes?

The anatomy of the human body has stayed the same for the last millions of years, but today, we can do better surgeries and get patients home faster. I think the use of robotics and lasers has significantly augmented minimally invasive surgery. It allows more freedom of movement and reduces bleeding. Furthermore, radiation oncology has advanced tremendously to the point where now these devices can pinpoint cancers and treat them appropriately. Also, the advances in immunotherapy and unlocking our own immune system against cancers is a remarkable technology.

What is hyperthermic intraperitoneal chemotherapy (HIPEC)? What are its benefits for patients?

When you think about giving chemotherapy in the IV, it causes the whole body to receive it. So, by the time the dose reaches a particular organ, it has more side effects. HIPEC allows giving chemotherapy right at the location where the cancer is. It’s done in a heated fashion because by heating it, you can activate the chemotherapy better, kill cancer cells faster, and penetrate the chemotherapy inside better. The application of HIPEC for gastrointestinal cancers is being studied extensively in gastric cancer, colon and appendix cancer. It is used routinely for mesothelioma and ovarian cancer in addition

Recently, we had two young women who wanted to have children and were undergoing fertility treatment when they found out they had metastatic cancer. Because of that, we ended up doing surgery with heated chemotherapy, and the success stories are when they’ve had kids afterwards. So now the kids are growing up, and these patients have the chance of being moms, which is incredible.

Also, when it comes to older adults, we have developed techniques that allow us with which we have been able us to operate on patients in their 90s and late 80s. For example, I had operated on an 87-year-old gentleman who then went on a road trip across the United States. Unfortunately, he passed away recently, but not because of cancer but due to complications from knee surgery.

How common is appendix cancer? Can patients you know recover from it successfully?

Appendix cancer is an incredibly rare cancer. The appendix, even though it’s connected to the colon, it’s is not the same organ. We are doing a lot of research to understand why the appendix is what it is and why it does what it does. Within the appendix, there are different types of cancer. Generally speaking, appendix cancers have a better prognosis than colon cancers. Understanding the disease matters, so if any patient has appendix cancer, they need to be seen by a specialist to get the proper treatment. 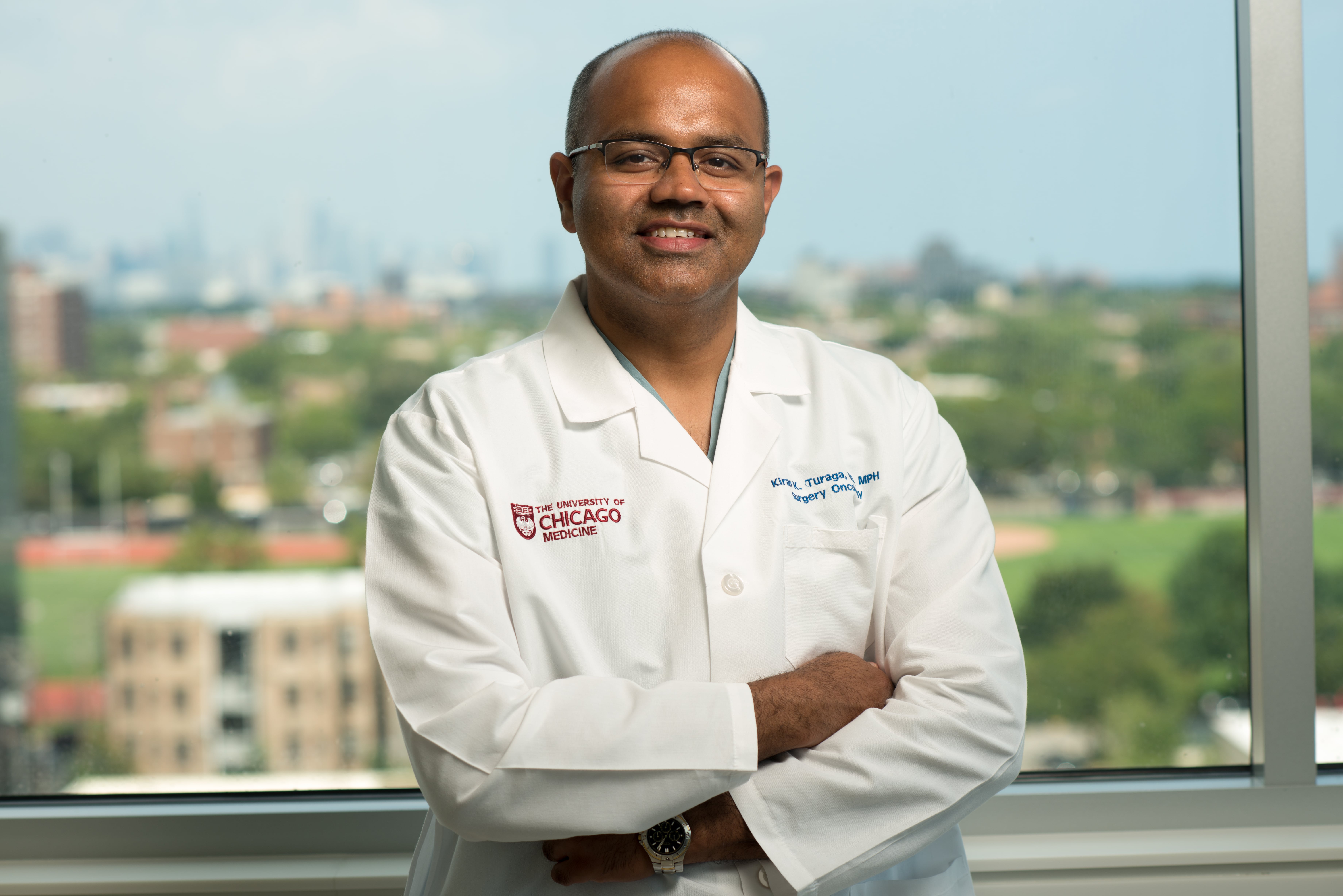