HomeClinical‘Gene silencing’ therapy may reduce the risk of heart disease by up to 98 per cent
Recent
AI, big data, VR and blockchain expected to power patient-centric applications
May 20, 2022
Dubai Hospital launches ‘Da Vinci Xi’ surgical robot to perform robotic-assisted minimally invasive surgeries
May 19, 2022
New computational model proposed for Alzheimer's disease
May 19, 2022
COVID-19 not over: Niche patients suffer prolonged infection
May 18, 2022
POLL
Patient Talk Podcast: Health IT market growth in China, aphasia, longevity and other top stories
May 12, 2022
Identifying chronic impact of myalgic encephalomyelitis
May 12, 2022
How technology can support the well-being of nurses and patients alike
May 12, 2022
NFTs in healthcare – will data become the new currency?
May 10, 2022 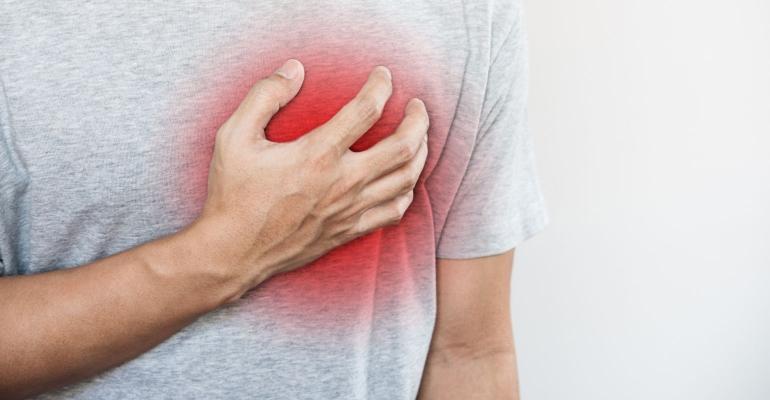 New trial led by Cleveland Clinic showed a successful reduction in lipoprotein(a), a significant feat that could improve the lives of cardiac patients.

Findings from a new phase 1 trial led by global health system Cleveland Clinic show that an experimental “gene silencing” therapy reduced blood levels of lipoprotein(a), a key driver of heart disease risk, by up to 98 per cent.

Findings from the “APOLLO Trial: Magnitude and Duration of Effects of a Short-interfering RNA Targeting Lipoprotein(a): A Placebo-controlled Double-blind Dose-ranging Trial” were presented  this week during a late-breaking science session at the American College of Cardiology’s 71st Annual Scientific Session and simultaneously published online in the Journal of the American Medical Association.

The findings suggest this siRNA therapy could be a promising treatment to help prevent premature heart disease in people with high levels of Lp(a), which is estimated to affect 64 million people in the United States and 1.4 billion people worldwide. It is estimated that nearly 20 per cent to 25 per cent of the world's population has elevated Lp(a). “These results showed the safety and strong efficacy of this experimental treatment at reducing levels of Lp(a), a common, but previously untreatable, genetically determined risk factor that leads to premature heart attack, stroke and aortic stenosis,” said the study’s lead author Steven E. Nissen, M.D., Chief Academic Officer of the Heart, Vascular and Thoracic Institute at Cleveland Clinic. “We hope that further development of this therapy also will be shown to reduce the consequences of Lp(a) in the clinical setting through future studies.”

Lp(a) has similarities to LDL, also known as bad cholesterol. Lp(a) is made in the liver, where an extra protein called apolipoprotein(a) is attached to an LDL-like particle. Unlike other types of cholesterol particles, Lp(a) levels are 80 per cent to 90 per cent genetically determined. The structure of the Lp(a) particle causes the accumulation of plaques in arteries, which play a significant role in heart disease. Elevated Lp(a) greatly increases the risk of heart attacks and strokes.

Although effective therapies to reduce the risk of heart disease by lowering LDL cholesterol and other lipids exist, currently there are no approved treatments to lower Lp(a). Since Lp(a) levels are determined by a person's genes, lifestyle changes such as diet or exercise have no effect. In the current study, the siRNA therapy reduces Lp(a) levels by “silencing” the gene responsible for Lp(a) production and blocking creation of apolipoprotein(a) in the liver.

In the APOLLO trial, researchers enrolled 32 people at five medical centers in three countries. All participants had Lp(a) levels above 150 nmol/L, with a median level of 224 nmol/L (75 nmol/L or less is considered normal). Eight participants received a placebo and the remaining received one of four doses of SLN360 via a single subcutaneous injection. The doses were 30 mg, 100 mg, 300 mg and 600 mg. Participants were closely observed for the first 24 hours after their injection and then assessed periodically for five months.

Participants receiving 300 mg and 600 mg of SLN360 had a maximum of 96 per cent and 98 per cent reduction in Lp(a) levels, and a reduction of 71 per cent and 81 per cent at five months compared to baseline. Those receiving a placebo saw no change in Lp(a) levels. The highest doses also reduced LDL cholesterol by about 20 per cent to 25 per cent. There were no major safety consequences reported and the most common side effect was temporary soreness at the injection site. The study was extended, and researchers will continue to follow participants for a total of one ye