Decoding the link between football headers and dementia 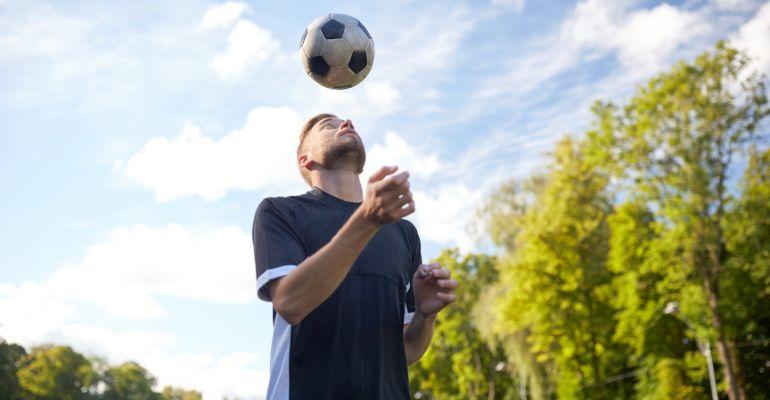 A recent study has found that former professional footballers were around five times as likely to be diagnosed with Alzheimer's, a form of dementia.

Over the past few weeks, the whole world has been watching in awe as one of the most exciting editions of the FIFA World Cup has unfolded. The Middle East region has come into the spotlight with Qatar being lauded for its hospitality as the host and with Morocco making history by becoming the first African and Arab country to reach the semi-finals, showing the passion this region has for the game of football.

However, as with any contact sports, several players have suffered injuries on the field, which could have a long-term effect, primarily due to the heading of the ball. For example, Chronic Traumatic Encephalopathy (CTE) is a specific form of dementia associated with repetitive head exposure related to contact sports. But it can only be diagnosed by examining the brain tissue after death.

In an interview, Dr Michael Grey, Reader in Rehabilitation Neuroscience, Faculty of Medicine and Health Sciences, University of East Anglia (UEA), Norwich, UK, highlighted that a study carried out in Scotland, called the FIELD study, looked at the medical records of male Scottish footballers and compared those to active non-footballers. It looked at the cause of death, brain health, effects of dementia, and neurodegeneration, among other factors. Alarmingly, it found that former professional footballers were around five times as likely to be diagnosed with Alzheimer's disease, a form of dementia.

"To shed light on the correlation between headers and degenerative mental health conditions in footballers, we at UEA started the SCORES (Screening Cognitive Outcomes after Repetitive head impact Exposure in Sport) project. It has been designed to protect people before they get injured. The idea is to conduct cognitive and behavioural tests online and in people's homes, so they don't have to go into a laboratory," he explained.

SCORES monitors people's brains, cognitive health, and sleep patterns every three months through cognitive function tests and questionnaires about behaviour and sleep. It takes about 30 minutes to complete.

The brain function usually declines after the age of 40, said Dr Grey, but the decline shouldn't be rapid and lead to mild cognitive impairments and ultimately into dementia. The study asks the question - what is the rate of cognitive decline, when does the decline start, and if it is earlier in those who have repetitive head contact, such as in those who play football? The Professional Footballers' Association (PFA) in the UK has endorsed SCORES, and the study has the support of British ex-professional footballer and sports correspondent Mark Bright, amongst others. 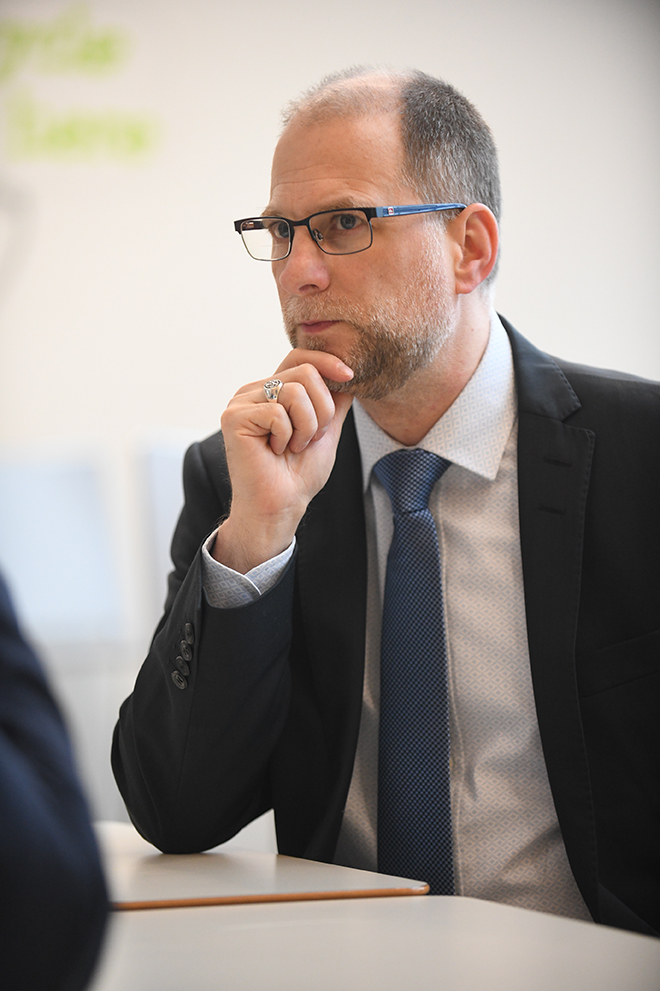 Currently, there is no cure for dementia, but the study is trying to look at early signs and symptoms, such as mild cognitive impairments and identify them at an earlier stage through online brain assessments and MRI scans. These could include insidious symptoms such as memory problems or planning or spatial navigation issues and mood changes, including aggressiveness and depression. They are typically caught by people who live with them, not the individuals themselves. Through the study, researchers will be able to track and put numbers to cognitive performance and identify changes that family members might not even be able to see.

The study's early results have demonstrated that former professional male footballers have better or similar cognitive health compared with the average person from 40-50 but worse cognitive health over the age of 65.

We also spoke to UAE-based ex-Norwich City FC player Jay French, a UEA Alumni who is an ambassador for the SCORES project and CEO of Dubai-based private real estate development company Matthews Southwest, who shared that as an ex-professional footballer he has had over 20 stitches and concussions due to different head injuries.

Even though there are existing guidelines on avoiding the heading of the ball, it differs across sports and regions. For instance, there is a complete ban on heading the ball in the US, and penalties are associated with it. While in the UK, the guidelines are that players shouldn't be heading the ball during practice, but it's okay in match play, commented French.

"So, for example, there are some players and managers who just don't follow the guidelines, and there are no repercussions," he said. "We then have loads of people looking at that and saying, "well, if they're not going to follow it, then why do we need to?" Coaches also often teach youngsters heading because that gives them a competitive advantage. The guidance to stop this practice needs to come from the top. FIFA needs to be more involved in setting these guidelines and ensuring they are enforced."

French's company Matthew Southwest is a community-driven firm and is a sponsor for Dubai's Elite Sports Academy, a kids' sports academy, and are monitoring the SCORES study and its recommendations with regards to how their findings will impact kids' football training at the Academy.

It is well-known that sports and physical education are very good for the brain, and SCORES is not looking to create a fear of the game. Not participating in sports has an adverse effect on young people and can result in childhood obesity and diabetes, the numbers of which are already high in this region. The study's objective is to raise awareness about getting people off the pitch when they have a head injury, letting the brain recover, reducing the number of head contacts to make the game safer, and letting people get back to playing the sport they love.

He emphasised: "The brains of young children are still growing, and they don't have the same neuro protection an adult has, and they definitely shouldn't be heading balls. Through our partnership with Elite, we are keen to promote awareness among parents and provide them with the correct information. Because both parents and children are seeing these head injuries play out on the TV and in the World Cup and are going to wonder about the safety of the sport. We don't want to scare people but rather offer them better insight. In the future, we would like to work with the UAE Football Association to further shed light on this issue around a sport that people in this country are passionate about." 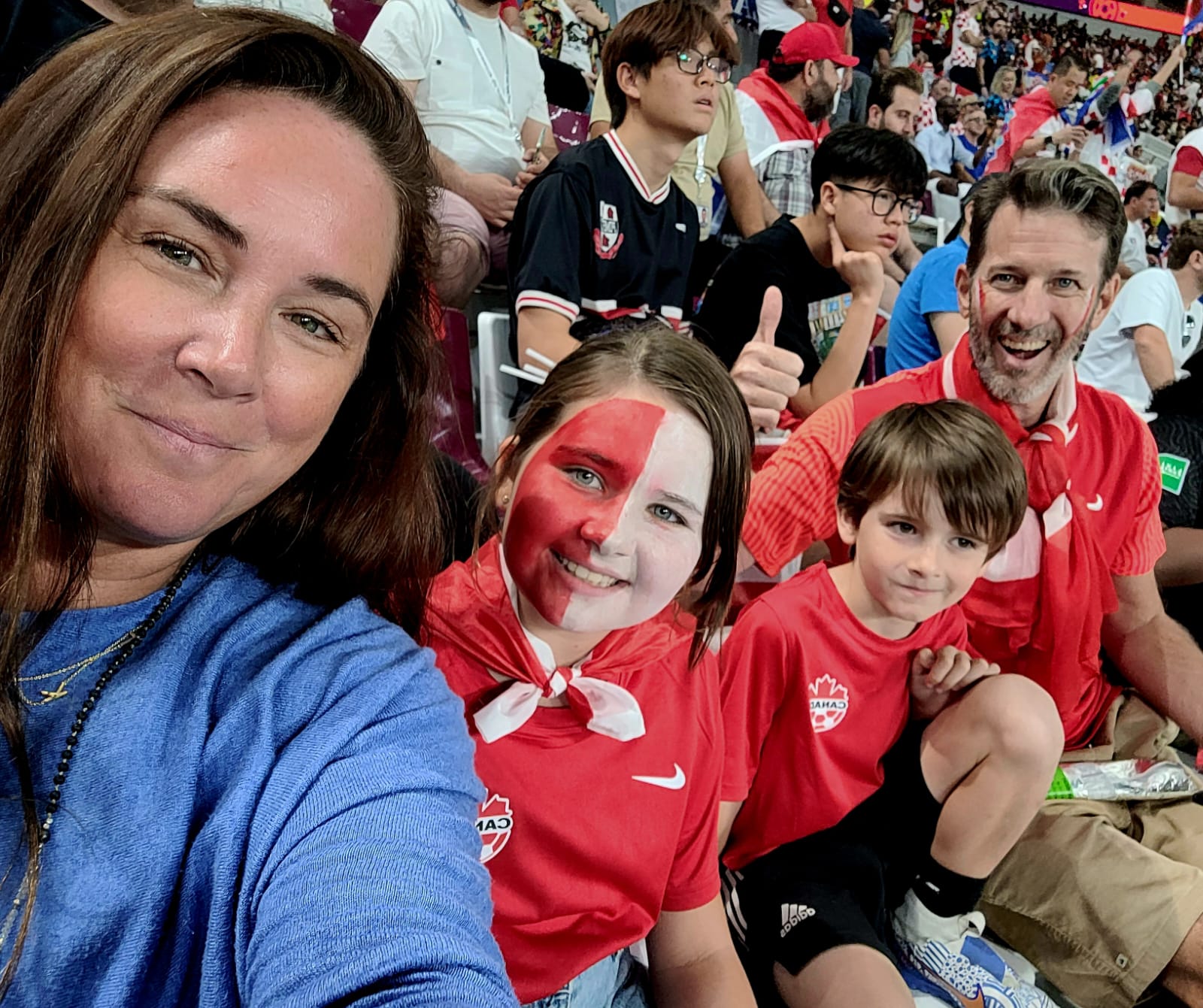 Today, women and girls all over the Middle East and the world are getting involved in football. However, all the existing analysis on the issue is around male professional footballers and women are not represented in the data.

Dr Grey concluded: "Women experience concussions and post-concussion symptoms to a greater extent than men. Also, reportedly, of all dementia cases, almost 65 per cent are women. Therefore, there is an increasing need to get women into sports-related studies and get more funding to support the research. SCORES isn't restricted to the UK; we aim to expand worldwide, specifically to the Middle East, and support the region's talents.

"Dementia affects the family, not just the individual. There are significant caring responsibilities associated with declining brain health. We cannot treat dementia, but we can slow it down if we catch it early enough."