HomeClinicalCan we rewire our brain?
Recent
AI, big data, VR and blockchain expected to power patient-centric applications
May 20, 2022
Dubai Hospital launches ‘Da Vinci Xi’ surgical robot to perform robotic-assisted minimally invasive surgeries
May 19, 2022
New computational model proposed for Alzheimer's disease
May 19, 2022
COVID-19 not over: Niche patients suffer prolonged infection
May 18, 2022
POLL
Patient Talk Podcast: Health IT market growth in China, aphasia, longevity and other top stories
May 12, 2022
Identifying chronic impact of myalgic encephalomyelitis
May 12, 2022
How technology can support the well-being of nurses and patients alike
May 12, 2022
NFTs in healthcare – will data become the new currency?
May 10, 2022

Can we rewire our brain? 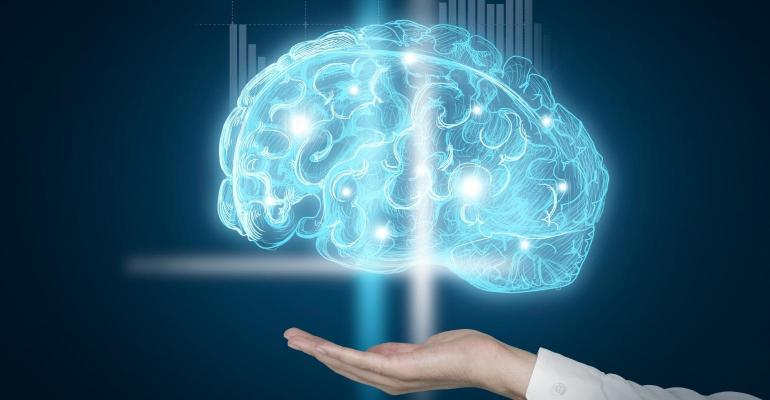 Re-origin Founder and CEO Ben Ahrens speaks about how the brain recalls past infections and if a ‘reset’ is possible.

The phenomenon of how immune cells recall an infection or vaccination, so they can leap to defence decades later has been a perplexing question in immunology. Research led by UC Berkely scientists in collaboration with Emory University investigators discovered that a small pool of immune cells that responded to the original invasion survive for years and developed specific characteristics that keep them prepared and ready for the same microbe to infect the body again.

While the spinal cord and brain have their own army of unique immune cells, the peripheral immune system defends against invaders with a greater drive of proteins, cells, and entire organs, such as the spleen. Researchers have made significant progress in understanding how the peripheral immune system influences cerebral activity in the last decade, including how immunological signals originating outside the central nervous system might influence cognitive functions, social behaviour, neurodegeneration, and more. In fact, they discovered that immune cells from the periphery regularly patrol support the central nervous system's operation. Researchers discovered for the first time that, just as the brain remembers people, locations, smells, and other things, it also stores "memory traces" of the body's prior illnesses in a new study. The peripheral immune system can be quickly summoned to defend at-risk tissues by reactivating the same brain cells that encode this knowledge.

So, how does Neuroplasticity fit in?

Neuroplasticity is the ability of the nervous system to reorganise its structure, function, and connections in response to intrinsic and extrinsic stimuli. It can be described at many levels, from molecular to cellular to systems to behaviour, and can occur during development in response to the environment, in support of learning, in response to disease, or in relation to therapy.

Related: Long COVID or mental burnout? Life beyond the pandemic

When trainer and athlete Ben Ahrens was diagnosed with Chronic Neurological Lyme Disease at the age of 25, he was bedridden for over three years. As an advocate for a healthy and active lifestyle, he sought solutions but found that conventional medical treatments were unable to help him recover fully. This prompted Ahrens to learn about neuroplasticity and establish Re-origin, a platform that provides effective, science-based, self-directed neuroplasticity programs and technologies.

In an interview with Ahrens as its Co-Founder and CEO, we learn more about neuroplasticity’s place in clinical application and the journey of Re-origin. Excerpts:

How is neuroplasticity being harnessed for clinical applications?

Neuroplasticity is the brain's ability to change its structure and its function. Today, 75 to 90 per cent of hospital visits in the US and in other parts of the world is due to stress-related conditions. Inflammation is known to be the root of several chronic conditions, where the body is subject to a stressor, such as a physical injury or viral infection, but it responds by healing. The problem lies in many patients experiencing a sustained stress response that leads to ongoing inflammation persisting long after the initial trigger has gone.

Evidence and research suggest that through the continuation of stress responses, the brain, specifically the limbic system, can learn through neuroplasticity to protect the body. This has been used successfully for decades in clinical practices for neurocognitive rehabilitation.

Re-origin now applies those same principles and approaches through PRT therapy, CBT training, and interoceptive training, for example, to help people overcome anxiety, depression, and chronic inflammatory conditions. Self-directed neuroplasticity can teach people how to retrain the stress response in their brain, so they have control over the inflammation produced by the body.

The frequency of these exercise is lowering that inflammatory response, helping patients improve conditions such as chronic fatigue, fibromyalgia and COVID. In addition, neuroplasticity training has been used in overcoming chronic pain, or even regaining function to limbs that had previously been disconnected due to stroke or injury.

Tell us about the direction Re-origin is taking when it comes to becoming a vital part of the healthcare landscape, are there recent success stories of collaborations and partnerships with healthcare entities?

In the past, certain conditions that were a result of complex chronic illnesses fell into the category of mystery ailments. Many patients saw the Re-origin program as a last resort when conventional medicine could not provide a permanent solution. More physicians are collaborating with us and offering the program to their patients as a first response and, in some instances, in conjunction with their treatment.

The program supports by identifying and interrupting the inflammatory processes and patterns that take place in the body. It replaces those inflammatory responses with our parasympathetic responses, which is our body's natural healing state.

We are working with a handful of PhD neuroscientists and clinical psychologists to gather more clinical data with the goal of having Re-origin's approach become the first response, as opposed to being the last resort for conditions like long COVID, chronic fatigue, pain syndrome, as well as treatment-resistant anxiety and depression.

How does the rewiring phenomenon work? Does it help address the cause of long COVID?

The brain can make a neurological association between stress and inflammatory activity. Even after a long period since the body has cleared the virus, it can learn that those symptoms or similar resembling symptoms of COVID can be dangerous and perpetuate an inflammatory response.

Some patients tend to have persisting flu symptoms after COVID recovery and those inflammatory processes are often triggered by actions such as running up a flight of steps, mimicking the same type of symptomology they experienced when they were ill.

The brain creates these associations to learn from the past to protect us in the future. The issue is that it may not receive the right messages. With neuroplasticity programmes, the goal is to start to retrain the brain to ultimately reclassify those symptoms and experiences from threatening to non-threatening. Our bodies can then experience everyday activities and register experiences like fatigue, headache, even brain fog to some extent, shortness of breath, but without necessarily triggering that overactive immune response.

Conditions like Long COVID and post-viral fatigue have a certain "learned component" which through self-directed neuroplasticity can be unlearned, and ultimately, undone.